The Unseen Threat to America: We Don’t Leave Our Hometowns

© Daniel Hundven-Clements
Ideas
By Tyler Cowen
Cowen is Holbert L. Harris Chair of Economics at George Mason University and the author most recently of Big Business: A Love Letter to an American Anti-Hero.

You decide to move. Not just to a bigger place in the same town because you had another kid, but far away, to another town, where you don’t know anyone. Maybe you’re leaving a high-stress job in a big city to a basic nine-to-five in Colorado, where you plan to take up skiing and legal marijuana. Or maybe you’re leaving the West Coast for a biomedical start-up in Boston, a fracking job in Oklahoma, or to follow your spouse, who will be running a small factory in Athens, Ohio.

The decision to move reflects something very fundamental about one’s life. People move for better jobs, for marriages, for a different climate, for new and different social networks, or sometimes just to shake things up.

Americans traditionally have thought of themselves as the great movers, and indeed that was true in the nineteenth century and even through most of the twentieth. But since the 1980s, Americans have become much less restless in movements across the country, and more people are looking to simply settle down and entrench themselves.

Here is this change in a single number: The interstate migration rate has fallen 51 percent below its 1948–1971 average, and that number has been falling steadily since the mid-1980s. Or, if we look at the rate of moving between counties within a state, it fell 31 percent. The rate of moving within a county fell 38 percent. Those are pretty steep drops for a country that has not changed its fundamental economic or political systems. You might think that information technology (IT) would make it easier to find a job on the other side of the country, and maybe it has, but that has not been the dominant effect. If anything, Americans have used the dynamism of IT to help ourselves stay put, not to move around.

For the most part, this decline in mobility is not fundamentally about changing demographics. Long-distance moves have declined considerably for all age groups, for homeowners and renters, and also for dual-income couples. If anything, changes in demographic variables make the American mobility decline all the more striking. Education, in particular, is one major driver of mobility; mobility; data from the 1940 to 2000 U.S. censuses indicate that the long- distance migration rates of college graduates are about double those of high school graduates. But Americans are better educated than ever before, and that makes it all the more striking that residential mobility is down.

If it’s not mainly demographics, what lies behind the greater interest in staying put?

One big reason for the decline in residential moving stems from a decline in job switching. If people are less likely to change jobs, they are also, for obvious reasons, less likely to move. And if we look at job reallocation rates—a rough measure of turnover in the labor market—they have fallen more than a quarter since 1990.

The data show that job transitions are down and individuals are more likely to spend a long time with a single employer than ever before. Some evidence suggests that longer job tenure is driven by the aging of the workforce, as older people are more likely to be settled in their careers. Furthermore, employers like finding quality workers and investing in them and building them into durable and valuable cooperative teams. That process has become more important as specialization in the workplace has gone up. Finally, in a world with less-rapid job turnover and a lower rate of entry for new businesses, it isn’t as easy to switch jobs as it used to be. According to the data, the hiring rate has declined more than the firing rate, a fact that induces workers to stay put when they have tolerable but perhaps not ideal jobs.

To give this some concrete numbers, in 1998, 44 percent of workers had five or more years on the job, but as of 2014, this number had increased to 51 percent. The percentage of workers with less than one year on the job had fallen from 28 to 21 percent.

Another factor in the decline of American geographic mobility is the decline in American geographic diversity. That is, different parts of the country are no longer so dissimilar from each other in economic terms. Since the golden age of manufacturing in the postwar era, American regions have lost much of their distinct economic flavor, blurring into a mélange of more or less indistinguishable service sector offerings. Each region has its shopping malls, its hospitals, and its schools in what is now a nationally recognizable sameness. If you go to the suburbs of both Atlanta, Georgia, and Columbus, Ohio, you will find more or less the same blend of retail and services. It is unusual that a manufacturing job unique to one region of the country is a major reason for a cross-state change of residence.

There is one category for which regional specialization is steadily rising, and that is agriculture. It makes sense to grow wheat in Nebraska, produce milk in Wisconsin and Vermont, and harvest potatoes in Idaho. Quick transport and refrigeration allow these supplies to reach the entire country. That said, the number of jobs in agriculture has been decreasing steadily, so this increase in agricultural regional specialization hasn’t driven a lot of internal U.S. migration. It has meant, however, that Mexican and other Latino field workers have spread out to many different parts of the United States, such as the agricultural parts of the Midwest and the Pacific Northwest. In that sense, native-born Americans have outsourced much of their geographic mobility to immigrants, especially Latinos.

Counterintuitively, some of the increase in job stability probably has come through globalization, even though global trade is a much-maligned force when it comes to job stability. In the short run, globalization does export some jobs from the United States, but it leaves the country with a more stable set of jobs overall. In essence, Americans have kept a lot of the stable jobs at home and exported a lot of the less stable jobs abroad, such as to maquiladoras in Mexico or factories in China.

Some of the decline in labor mobility may stem from the law itself, specifically the growth of occupational licensure. While once only doctors and medical professionals required licenses to practice, now it is barbers, interior decorators, electricians, and yoga trainers. More and more of these licensing restrictions are added on, but few are ever taken away, in part because the already licensed established professionals lobby for the continuation of the restrictions. In such a world, it is harder to move into a new state and, without preparation and a good deal of investment, set up a new business in a licensed area.

And here is a striking way to think about some of the underlying cultural shifts, given that mobility is often down the most for the less skilled workers. In such a setting, poverty and low incomes have flipped from being reasons to move to reasons not to move, a fundamental change from earlier American attitudes. Most troubling, the numbers also show that those who most need to move are, on average, the least likely to do it.

Adapted from The Complacent Class by Tyler Cowen. Copyright © 2017 by the author and reprinted by permission of St. Martin’s Press. 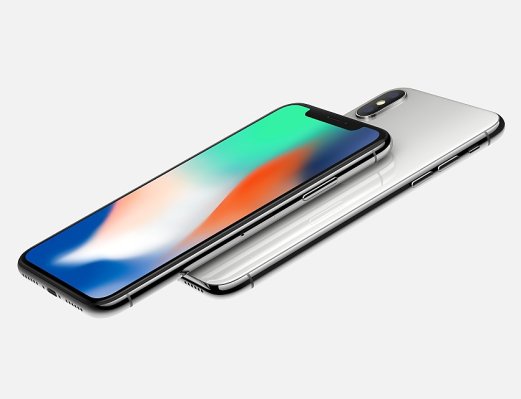 Apple's New $1,000 iPhone X Is Luxuriously Out of Touch
Next Up: Editor's Pick