50 Years Ago This Week: Serious About Playboy

It was, TIME asserted, “the ultimate life”: the vision of American leisure put forward by Playboy magazine and its editor-publisher Hugh Hefner. Its presentation of adventure stories, reportage, fiction, cartoons, jokes and fashion was such a hit that the publication that had launched in 1953 had a circulation of 4 million and was associated with millions of dollars of annual sales in merchandise and licensing. And oh yeah, there was also the nudity:

Hefner’s genius, the story explained, wasn’t just a matter of realizing that sex would sell. His ability to seize a moment in time when it would be possible to build a mainstream success on the back of naked pictures extended to a realization of just how far his audience would want to go (the trick, the story explained, was to be too perfect; otherwise, you got uncomfortably close to real sex), which aspirational lifestyle items would appeal alongside the nude photos and how important it was to present just rosy enough a view of the rest of the world. Despite the magazine’s wide breadth of coverage, the story noted that the War in Vietnam was rarely mentioned.

In a triumph of coincidence, Playboy is back in the news: the latest issue of the magazine will feature nudity once again, after about a year of attempting a re-branding without nude photographs. It’s clear that some of the formula that Hefner made work more than a half-century ago still has something to it — even though much of the tone of TIME’s coverage of that formula would no longer fly today. For example, the preferred Playboy woman was “the young, pouty type without complications or excessive intelligence” and photographs from the magazine appeared to illustrate the TIME story. Other aspects of the coverage, however, retain their interest, as TIME interviewed everyone from theologians to psychiatrists about the meaning of the phenomenon.

But what did Hef himself think of the coverage?

A couple of years ago, TIME caught up with him to discuss just that. “Making the cover was a big deal,” Hefner said “It was a very important moment in my life.”

Something to remember: The election of 1968 is nearly two years away still, but perhaps keep this snippet in mind as the year progresses. “I don’t see any Republican beating Johnson,” says Barry Goldwater of the upcoming Presidential election.

Supreme Court follow-up: Though his name would become famous for the Miranda warning read to suspects — “you have the right to remain silent,” etc. — the legal section reported that Ernesto Miranda, having been tried again for rape and kidnapping, this time without the evidence that was no longer admissible because he hadn’t known his rights, was convicted anyway.

Great vintage ad: I can’t speak for its fuel efficiency, but based on looks alone this is definitely a car I would drive.

Coming up next week: Henry Luce 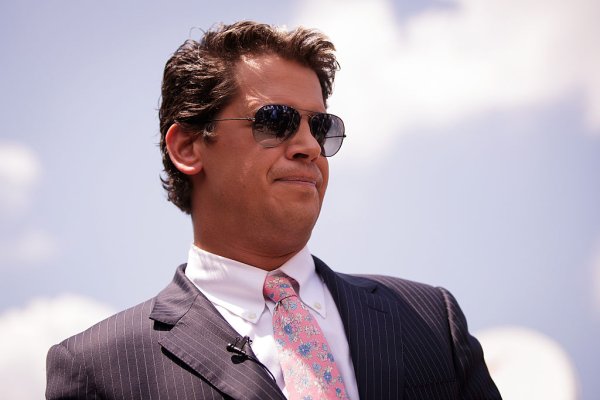 Milo Yiannopoulos Resigns From Breitbart News
Next Up: Editor's Pick