Bring Your Smartphone Photos To Life With a Portable Printer

Fuji Instax Share SP-2
Fujifilm
By Alex Fitzpatrick
Each product we feature has been independently selected and reviewed by our editorial team. If you make a purchase using the links included, we may earn commission.

Smartphones have done generally wonderful things for photography. By putting a camera in millions of people’s pockets, they’ve greatly democratized the art form. In terms of photo quality, the latest flagship smartphones can go toe-to-toe with basic point-and-shoots any day of the week. And thanks to social media and data plans, it’s never been easier to share your creativity.

But along the way to Instagram and Snapchat, we lost something special: Printed photos. There’s something magical about turning an image into a real, tangible thing you can hold and share. That’s not just me talking nonsense. We’re in the middle of a film photography renaissance as the cultural pendulum swings from the digital back to the analog. (It’s similar to what’s happening with vinyl records.)

Thankfully, a handful of new gadgets can help you capture some of that film photography magic without the hassle of old-school cameras or darkrooms. These three portable printers connect to your smartphone over Wi-Fi or Bluetooth, then produce business card-sized prints that you can stick on the fridge or share with your friends.

Here’s what I liked and disliked about each after testing all of them.

What I liked: HP’s printer made some of the nicest prints of the bunch. It’s also tiny and light enough to stick into your bag and take to your next party or on your next trip. After you print a photo, you can choose to peel a layer off the back to turn it into a sticker, which is lots of fun. HP’s companion app, meanwhile, is dead simple to use.

What I didn’t like: I noticed some vertical lines when examining my prints carefully, but this isn’t pro-level printing gear we’re talking about here. I also had to restart my phone to get the Sprocket to connect the first time, though it was solid thereafter.

What I liked: Prints from Fuji’s SP-2 need a few minutes to develop, which gave me all sorts of Polaroid nostalgia — it’s incredible to watch nothingness become somethingness. The prints also have a Polaroid-style white border that I like. And if you have a Fuji camera (which I happen to love) with wireless connectivity, you can send photos directly to the SP-2, no smartphone necessary.

What I didn’t like: The SP-2 is notably bulkier than the other two models listed here, though it’s definitely still portable. Fuji’s photos don’t turn into stickers, which is decidedly less fun. And Fuji’s app, while perfectly functional, badly needs a design refresh.

What I liked: It’s the smallest of the bunch—about the size and shape of a sleek portable hard drive. Like the HP Sprocket, it uses ZINK film that can turn into a sticker. Polaroid’s app is straightforward enough.

What I didn’t like: The prints are oversaturated and have too much contrast for my tastes, but you may enjoy the effect. For some reason, the Polaroid app made me crop my photos. The HP didn’t do that despite using the same type and size film. 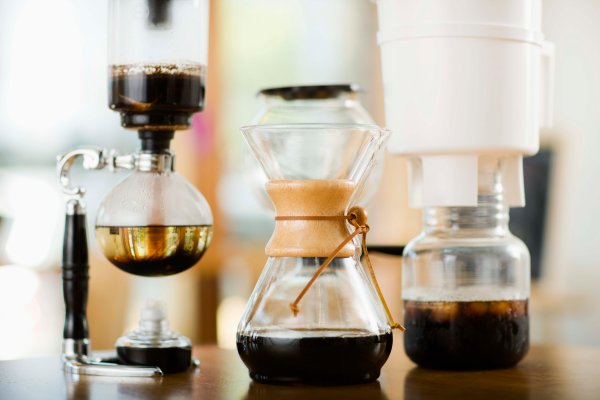 8 Surprising Products That Are Still Made in the U.S.A.
Next Up: Editor's Pick