Colonel Frank Capra (right) of the US Army Signal Corps confers with Captain Roy Boulting of the British Army Film Unit on the editing of the film 'Tunisian Victory' on Feb. 24, 1944.
M Gonzalez-Noda / IWM / Getty Images
By Lily Rothman

The director’s name only appears in a footnote on a page from the Sept. 14, 1942, issue of TIME, but it’s clear that what he did was important: “The U.S. people can see for themselves this week how the tide of battle was turned in mid-Pacific on three hot and sunlit days early last June. From the Navy came pictures of the Battle of Midway, pictures that show destruction and death, courage and valor,” the article begins. Some of those pictures, explains the footnote, were from color footage shot on the scene by a lieutenant commander in the Navy.

And that lieutenant commander knew what he was doing. He was John Ford, whose films like Stagecoach had made him synonymous with popular Westerns.

Now, a new Netflix original documentary series, Five Came Back, based on the book of the same name by Mark Harris and directed by Laurent Bouzereau, tells the story of how Ford and four of his fellow directors — William Wyler, John Huston, Frank Capra and George Stevens — ended up dispatched by the U.S. military to capture what was going on in combat zones during World War II. The movies they sent home shaped American perceptions of the war, and in turn what they saw would influence the movies they would go on to make.

The series, which is narrated by Meryl Streep and draws on over 100 hours of archival footage, turns to filmmakers Steven Spielberg, Francis Ford Coppola, Guillermo Del Toro, Paul Greengrass and Lawrence Kasdan to speak to the legacies of the five. A first look at the trailer, above, is available in the U.S. exclusively at TIME.com.

As Coppola puts it: “Cinema in its purest form could be put in the service of propaganda. Hitler and his minister of propaganda Joseph Goebbels understood the power of the cinema to move large populations toward your way of thinking.”

So, as TIME put it in a 1941 overview of military films coming from Hollywood experts, there was a “forgivable touch of propaganda” about the work; “Hollywood’s work for the Army is practically a perfect job,” the magazine continued. “It has assured the quality of its product by putting its best directors (John Ford, Frank Capra, George Stevens, etc.) on it. And it has probably learned something itself about making documentary films.”

Five Came Back launches on Netflix on March 31. As part of the project, Netflix is also presenting 13 documentaries that play a role in the story — including Ford’s The Battle of Midway. 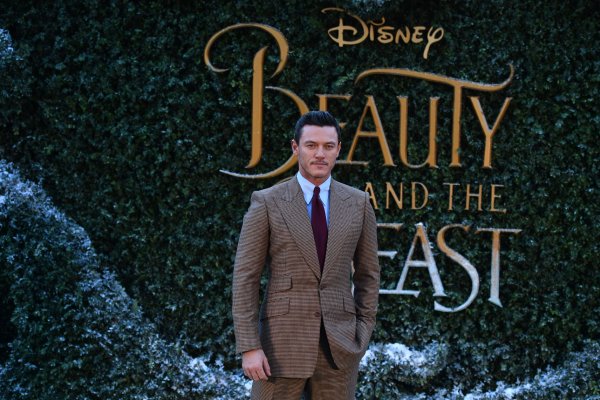 Watch a New 'Beauty and the Beast' Clip Featuring Gaston
Next Up: Editor's Pick