A sweeping set of memos released Tuesday make clear that the vast majority of undocumented immigrants in the United States are at risk of deportation.

Homeland Security Secretary John Kelly unveiled a set of memos directed at each of the department’s agencies which instruct agents to detain and deport every undocumented immigrant they come across, with few exceptions.

Immigrations and Customs Enforcement “will not exempt classes or categories of removal aliens from potential enforcement,” notes a DHS fact sheet. “All of those present in violation of the immigration laws may be subject to immigration arrest, detention, and, if found removable by final order, removal from the United States.”

The memos are essentially instruction manuals for the sweeping executive orders issued by President Trump in late January. The orders themselves call for the hiring of more immigration enforcement officials, empowering local officers to act as immigration enforcement and expediting the deportation of the millions of undocumented immigrants living in the U.S.

An early draft of the memos reported by the Associated Press called for the mobilization of up to 100,000 National Guard troops for immigration enforcement, though that was not included in these memos.

But the memos do make clear that the Department considers any and every undocumented immigrant that crosses paths with enforcement officials to be eligible for removal, a vast shift from Obama Administration policy, which prioritized the removal of criminals and threats to national security. Homeland Security will also expand the list of immigrants who are subject to speedy removal from the U.S. when caught crossing the border illegally. The memos also allow agents to send people who cross from Mexico and Canada back to either nation, regardless of their home country.

While the Trump Administration has made clear it will be tough on immigrants caught in the U.S., it has yet to take action against the class of migrants known as “dreamers” or those who were brought to the U.S. as children by their parents. The memos do not apply to children who received Deferred Action for Childhood Arrivals, or DACA, under the Obama Administration. 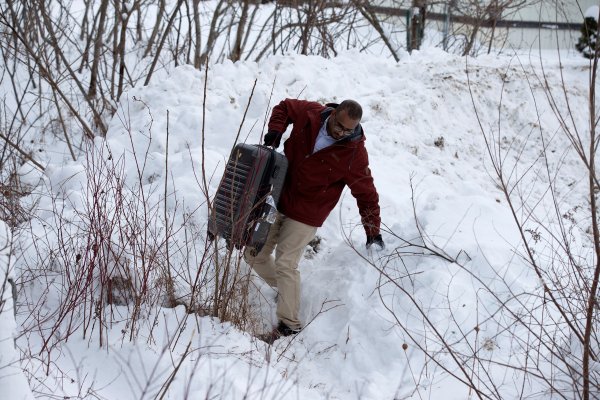 People Who Fear Deportation Under Trump Are Fleeing to Canada
Next Up: Editor's Pick