You Can Play Nintendo Switch Before Launch In These 3 Places

“Imagine driving in the middle of the desert and seeing a couch, TV and video game system in the middle of nowhere,” writes Nintendo in a press blurb, “or skiing down the side of a mountain and seeing another one of these surprising setups sitting there in the snow, ready for a round of gaming.”

That’s right, the desert, into which Nintendo says it’ll deposit a living room on February 23. Blue Cloud Movie Ranch in Santa Clarita, California, to be geo-spatially precise, a place that’s been everything from an Afghan village in American Sniper to an Iraqi village in an episode of Arrested Development. Weird, right?

Add professional wrestler John Cena to the mix and “invited guests” (Nintendo also mentions “YouTube influencers”) will get to square off with the WWE star in games of 1-2-Switch, a next-gen Wii-ish party game that challenges players to perform virtual tasks like munch on sub sandwiches (yes, with your mouth), rock a baby to sleep or sashay like a runway model.

While the desert shindig is invite-only, Nintendo says the subsequent two events—one staged at Snowmass ski resort in Aspen, Colorado, another in Madison Square Park, New York City—will be open to the public. 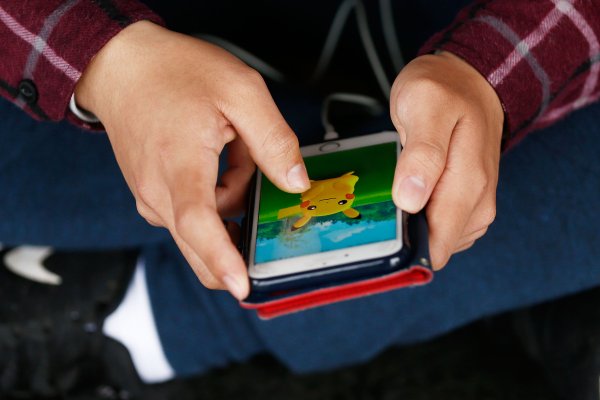 'Pokémon Go' Is Adding Dozens of New Pokémon
Next Up: Editor's Pick