Lindsay Lohan: I Was 'Racially Profiled' at the Airport for Wearing a Headscarf

Lindsay Lohan says she was “racially profiled” at London’s Heathrow Airport after flying in from Turkey because she was wearing a headscarf.

The Mean Girls actress, 30, said she was stopped by a woman who asked her to take her headscarf off. “She opened my passport and saw Lindsay Lohan and started immediately apologizing, but then said ‘But please take off your headscarf,'” Lohan told U.K. television show Good Morning Britain. She added: “And I did, it’s okay. But what scared me was in that moment — how would another woman who doesn’t feel comfortable taking off her headscarf feel?”

Lohan, who has been photographed carrying a Koran and says she finds “solace” studying the Muslim holy book, said she didn’t know why she was asked to take her headscarf off but found the experience “really jarring.” She told hosts Piers Morgan and Susanna Reid: “I’m from New York — I’m born and raised there, but I was a little intimidated.”

When Reid asked the Parent Trap star why she was wearing the headscarf, she said it was “out of respect” for the Turkish women she had met with on her trip. “I was… leaving Turkey and… when I see certain people I feel more comfortable acting the same way as the other women — that’s just a personal respect issue for me that I have,” she said.

When Morgan asked Lohan about her views on President Donald Trump, Lohan said she thought he should be given a fair chance. “I don’t agree with his policies and the things he is doing,” she said. “But at the end of the day he is the president right now. So what’s the point of picking on someone instead of seeing what they’re capable — or not capable — of.” However, she added that she did think his Twitter account should be taken away “or deleted.” Watch the clip below: 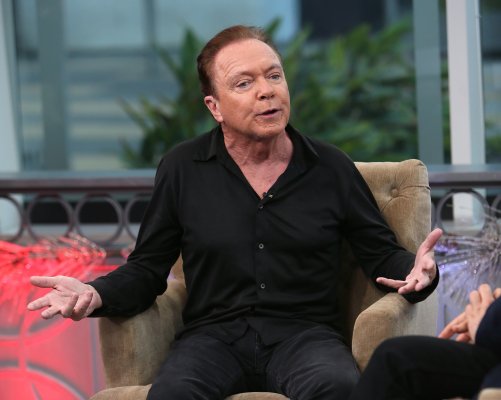