British Muslim Removed From U.S.-Bound Airplane with No Explanation

A British Muslim math teacher with a valid visa said he was “made to feel like a criminal” when he was prevented from boarding an airplane heading to the United States.

Juhel Miah, from Swansea in Wales, was traveling to New York from Reykjavik in Iceland with a group of school children on Feb. 16 when he told he had been selected for a random security check. He was then taken to a room and searched before being informed that he was unable to board the plane, Wales Online reports.

Miah, 25, told the news site that his luggage was taken from him and he was forced to stay in an “horrendous hotel” before school officials booked him on a flight back to the U.K.. “As I was getting my luggage the teachers and kids were confused,” he said. “I couldn’t believe this was happening. All the plane was quiet. I was being escorted out. It made me feel like a criminal. I couldn’t speak, I was lost for words.”

It is unclear why Miah was refused entry to the U.S. One week before he was removed from the plane, a panel of three judges unanimously upheld a temporary restraining order against President Donald Trump’s executive order that banned arrivals from seven Muslim-majority countries.

A spokesperson from a local Welsh borough council has written to the Embassy of the United States of America in London demanding an explanation over what they described as “an unjustified act of discrimination.”

TIME received no immediate response from the U.S. Embassy in London. 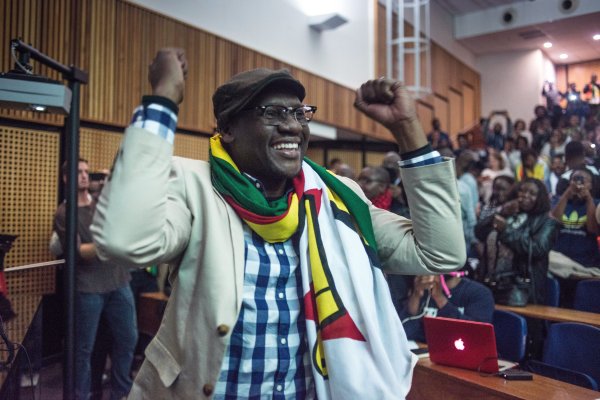 The Zimbabwean Pastor Fighting Against Mugabe's Rule
Next Up: Editor's Pick