Sweden’s Prime Minister Stefan Loefven had a few words of advice for his fellow world leaders on Monday, in the wake of the whirlwind of confusion that followed President Donald Trump’s recent reference to an incident in the Scandinavian country that did not take place.

“I was, like many others, surprised by the comments made about Sweden this weekend,” Loefven said at a press conference in Stockholm, Bloomberg reports. “We must all take responsibility for using facts correctly and verifying any information that we spread.”

Speaking at a rally in Florida on Saturday, Trump baffled observers with the words, “Look at what’s happening last night in Sweden,” while talking to his supporters about national security and immigration. “Sweden — who would believe this? Sweden.”

After much head-scratching and Internet mockery, it was later discovered that the President was referring to a segment on Fox News about a filmmaker who claimed there was a link between an uptick in crime and migrant communities in Sweden, a country that accepted about 160,000 asylum seekers during the height of the European migrant crisis in 2015.

Trump doubled down after the ensuing criticism, tweeting on Monday: “The FAKE NEWS media is trying to say that large scale immigration in Sweden is working out just beautifully. NOT!”

However, according to the online, English-language edition of Swedish newspaper Dagens Nyheter, the police officers interviewed by the filmmaker Ami Horowitz said they were misrepresented and described Horowitz as a “madman.”

One of the officers said their answers had been edited. “It shocked us,” said Anders Goeranzon. “We were answering completely different questions in the interview.”

According to Bloomberg, Loefven acknowledged during Monday’s press conference that the country faces “many challenges” but that Sweden was also a place of opportunity. The Nordic nation is generally viewed as progressive with a strong track record on employment, equality, health and social services.

The Swedish Embassy in Washington, D.C., has offered to help the Trump Administration understand the social dynamics in Sweden, saying it would explain the country’s immigration policy to U.S. officials.

While there is no reason to believe there was an “incident in Sweden” last Friday, reports have pointed out that there have, in fact, been a number of recent attacks in the country — unrelated to Trump’s comments or the Fox News segment on which they were based.

Agence France-Presse reported in early February that there was an attack in Sweden last month, during which a group of suspected neo-Nazis bombed a refugee center in the city of Gothenburg, injuring a staff member. The attack was reportedly linked to a string of incidents committed by far-right groups. 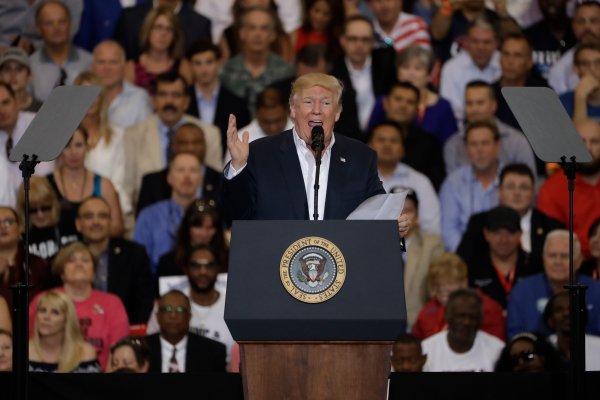 Newspaper Reports What Really 'Happened in Sweden Last Night' for President Trump
Next Up: Editor's Pick