All eyes were on Sweden over the weekend after President Donald Trump said “look at what happened last night in Sweden” while discussing recent terrorist attacks during a rally in Melbourne, Fla., on Saturday evening.

The comment went viral and became a meme, even prompting a response from the Swedish embassy in the U.S.

So to set the record straight, the Swedish tabloid newspaper Aftonbladet has published a timeline of what really happened in the Nordic country on Friday night.

Turns out Swedish authorities were busy, but not with arresting perpetrators of international terrorist attacks. According to Aftonbladet, inclement weather led to highway closures and an avalanche warning. Police chased a suspected car thief allegedly driving under the influence through central Stockholm, the capital, before finally capturing him in Engelbrektsgatan. And 87-year-old opera singer Owe Thörnqvist powered through some technical difficulties during a rehearsal for the singing competition ”Melodifestivalen.”

Trump claimed, however, he was not referring to a specific event, but Fox News host Tucker Carlson’s segment in which a filmmaker argued immigrants are responsible for a crime surge in the country. As he tweeted on Monday: 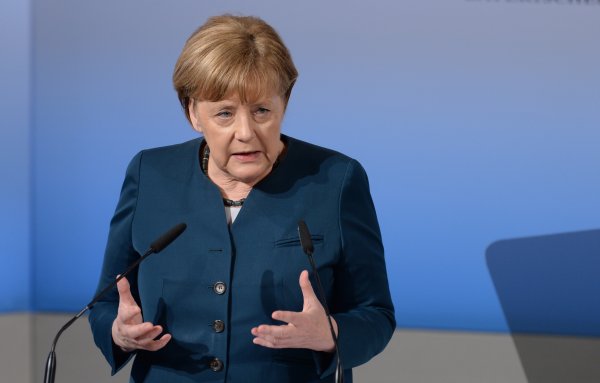 Trump's Demands on NATO Drive Wedge into Europe
Next Up: Editor's Pick