Milo Yiannopoulos’s Dangerous will no longer be published by Simon & Schuster.

“After careful consideration, Simon & Schuster and its Threshold Editions imprint have canceled publication of Dangerous by Milo Yiannopoulos,” the publisher said in a statement released Monday.

Yiannopoulos also shared the news on Facebook Monday, writing, “They canceled my book.”

The controversial conservative reportedly had a $250,000 deal with the right-leaning imprint for his book, which was slated for release in June, according to The Hollywood Reporter.

Yiannopoulos’s latest scandal comes after clips of comments he reportedly made during an interview with The Drunken Peasants surfaced online.

“In the homosexual world particularly, some of those relationships between younger boys and older men, the sort of coming-of-age relationships in which those older men have helped those young boys to discover who they are and give them security and safety and provide them with love and a reliable — and sort of a rock where they can’t speak to their parents,” Yiannopoulos says in the clip.

Following backlash over Yiannopoulos’s comments, The American Conservative Union (ACU) rescinded its invitation to Yiannopoulos to speak at the Conservative Political Action Conference, where President Donald Trump and Vice President Mike Pence are expected to appear.

Yiannopoulos on Monday defended himself in a Facebook post, writing in part, “I do not advocate for illegal behavior.”

Last week, Yiannopoulos was criticized for sexist comments he made on HBO’s Real Time, where fellow guest Larry Wilmore told Yiannopoulos to “go f— yourself.”

This story first appeared on EW.com. 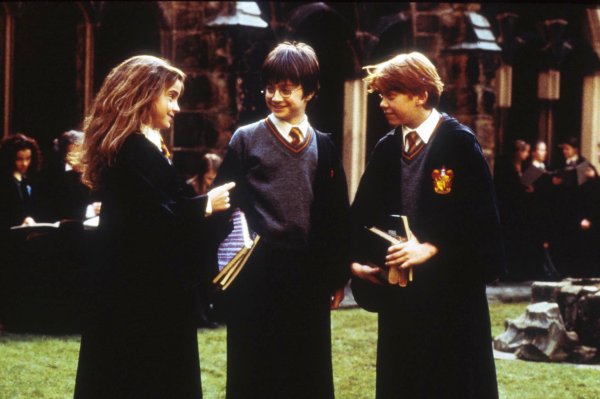 10 of the Most Magical Harry Potter Quotes to Inspire You
Next Up: Editor's Pick