The White House addressed the firing of at least two Administration officials in recent days over revelations they have made comments critical of President Trump, saying it would be “silly” to keep them around.

Principal deputy press secretary Sarah Sanders told reporters that National Security Council senior director for Western Hemisphere Affairs Craig Deare was “sent back to his original position” after criticizing the president and top administration officials at an off the record panel last week. Politico reported that Deare was dismissed from the NSC job Friday. Deare, Sanders said, would return to his previous role on the faculty at the National Defense University.

Sanders’ comments came a day after the New York Times reported that Shermichael Singleton, a top aide to Ben Carson, Trump’s nominee for Secretary of Housing and Urban Development, was fired amid a review of past comments critical of Trump. Earlier this month the president rejected Secretary of State Rex Tillerson’s selection for his deputy at the department, Elliott Abrams, after learning of his outspoken criticism of Trump during the campaign.

“I think if you don’t support the President’s agenda it would be very hard for you to take a position where your very job is to carry out and help him accomplish that agenda,” Sanders added.

It was unclear whether Sanders’ comments reflected the Administration’s efforts to put a blanket ban on critics from serving, or only those who have criticized the president in the policy areas in which they are seeking to serve. Earlier this month White House Press Secretary Sean Spicer told reporters that career government employees who disagree with the president’s policies “can get with the program or they can go.”

The Trump Administration has had difficulty filling top postings across the government, and lags the Obama Administration in both nominations and successful confirmations of its picks. The news comes as Trump continues to interview candidates to replace Mike Flynn as National Security Advisor after the president’s top pick, Robert Harward, turned down the job last week. 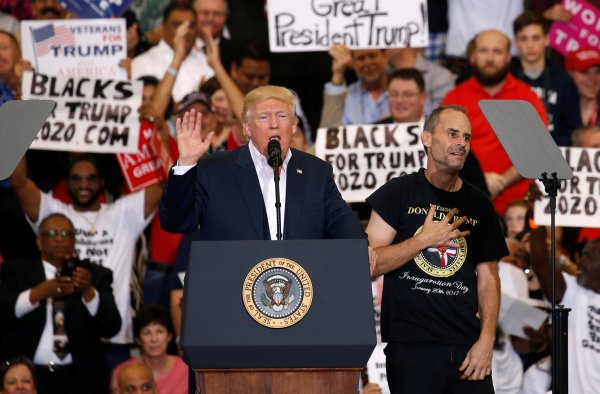