Angelina Jolie and author Loung Ung greet during their arrival at a press conference ahead of the premiere of their new film "First They Killed My Father" set up at the Raffles Grand Hotel D'Angkor in Siem Reap, Cambodia, on Febr. 18, 2017.
Omar Havana—Getty Images
By Helen Regan/People

Following the Cambodian premiere of Angelina Jolie’s new film First They Killed My Father in Siem Reap, Cambodia Saturday, co-screenwriter, rights activist and author of the book that inspired the movie, Loung Ung, spoke to PEOPLE about what it was like working on set, the challenges of portraying the Cambodian genocide on film and eating tarantulas to lighten the mood among the cast and crew.

Ung, who has been friends with Jolie since First They Killed My Father was published in 2001, said that there was a real “family feel” on set, with Jolie’s son Maddox, 15, helping with production and her second eldest Pax, 11, shooting stills.

“I have watched the young people grow into really kind, empathetic, curious human beings,” Ung tells PEOPLE. “Pax is a talented photographer and Mad is so kind and generous. The cast kids, they all looked up to him as a big brother.”

Ung says she is “so proud” of Jolie’s sons, who would play with the young kids on set and “make them laugh.”

“There were sad days on the set and there were difficult long hours. And to do it in an environment where people love and respect each other was exactly what we needed to get it done,” she says.

The movie is based on Ung’s autobiography of the same name and tells the true story of her experiences during the Cambodian genocide at the hands of the Khmer Rouge communists during the 1970s. An estimated 1.7 million people died during the Khmer Rouge’s disastrous campaign to turn the country into an agrarian utopia.

Ung was just 5 when communist soldiers seized her hometown, the capital Phnom Penh, and emptied the city of its inhabitants. Thousands of intellectuals and members of the middle class were executed in a purge against what the Khmer Rouge considered was an influence from the West. Those who were not killed were forced to work in labor camps where they suffered from disease, malnutrition and abuse. Ung, whose father, mother and two sisters died during the horrors, says that her surviving siblings “love and respected Angelina so much” that they were able to trust her to tell their story.

And that trust in Jolie was extremely important during filming, according to Ung, as many of the actors had survived the horrors of the genocide or were children of survivors.

“We all knew on set that this wasn’t just a movie Angelina was making, but this is also in some respect her story—her son’s story,” she says, referring to Maddox who was born in Cambodia. “And she takes that seriously … and so to make a film with somebody who truly loves this place, made the cast and crew, I think, allowed them to trust the experience.”

While writing the book offered Ung a kind of therapy, it was a lonely experience and she says she felt “broken” when writing about her father’s death.

“I didn’t have a lifeline to help pull me out of the mass grave,” she says. At times, filming was “heartbreaking” but the fact that Jolie, the cast and crew supported each other got them through the tough days. “To be able to be in therapy together was so much love as opposed to being in therapy by yourself and in the dark.”

To lighten the mood on set, Ung says they “ate bugs, a lot!”

“That’s our junk food of choice,” she tells PEOPLE, laughing. When 9-year-old Sareum Srey Moch (who plays Ung) had a difficult shoot they would bring her a plate of fried tarantulas. “It was her reward for having done a terrific job on the scene,” Ung says, adding that it would really freak out the foreign crew members. “The little star would just munch them down like they were popcorn.”

The movie was shot entirely from the perspective of a child and one of the more challenging aspects of adapting the book to film, Ung explains, was how to capture the complexities of the Cambodian genocide through the eyes of a 5-year-old.

“Angelina is a very talented filmmaker, and so I followed her lead,” she says. Once on set, however, the movie became more than just Ung’s story. Ung says everyone involved on the project, from the set designers to the production assistants to the extras and musicians, were “all celebrated for having a voice and being a voice in the film.”

“And you absolutely see that on screen, in the beautiful flowers that were captured — that was the cinematographer’s voice in that sense. And Angelina was conductor of the orchestra of all these people and parts.”

The movie’s release comes at a time when the new U.S. administration under President Donald Trump has espoused anti-refugee rhetoric in the name of national security — most notably with an executive order banning nationals from seven Muslim-majority countries and temporarily banning all refugees.

In Europe, leaders are struggling to cope with the biggest refugee crisis since World War II, while far right anti-immigrant groups are gaining popularity. Ung became a refugee herself when she fled Cambodia with her older brother Kim when she was 10 years old, and eventually resettled in Vermont.

“I hope people to see that refugees are people,” she says. “Refugee is a state of being for some because of their circumstances and wars and horrors.” She reminds people that refugees are “men and women and babies and children, and mothers and brothers and sisters” who want the same thing as non-refugees: “Peace” and “security.”

Ung says it takes courage and love to survive wars, trauma and genocide. She hopes that those who watch the movie “see that the genocide didn’t break us … it didn’t defeat [the Cambodian people.]” Her message, and the message of the film, is simple: that love and family and community will help people overcome anything. “You do not get to survive a genocide by yourself,” she tells PEOPLE. “You need each other.”

First They Killed My Father will be released globally via Netflix later this year. 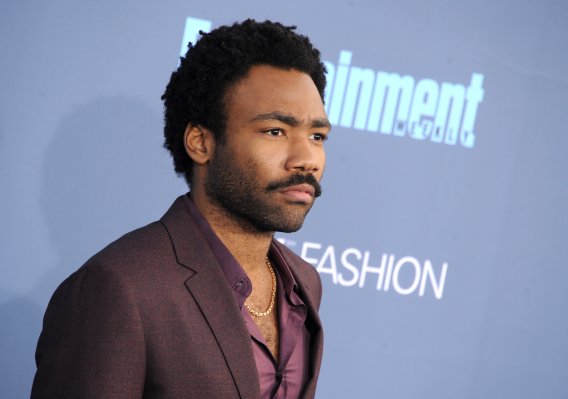 Donald Glover and James Earl Jones to Star in Lion King
Next Up: Editor's Pick