REVIEW: In Captain America: The Winter Soldier, The Enemy Is Us

Steve Rogers, the puny kid transformed by science into Captain America, was in cold storage from the end of World War II through the day before yesterday — in Marvel movie terms, to his thawing out in the 2011 Captain America: The First Avenger. Created in 1940 by writer Joe Simon and artist Jack Kirby, Steve remains a sweet-souled anachronism with bionic biceps. He has yet to learn postmodern essentials like sarcasm, cynicism and the art of the passionate kiss; people in the antique movies of his youth expressed romance with their mouths closed, their tongues firmly in cheek.

So in the new sequel, Captain America: The Winter Solider, after Steve (Chris Evans) brushes lips with fellow Avenger and fabulous babe Natasha Romanoff (Scarlett Johansson), alias Black Widow, she asks, “Was that your first kiss since 1945?”

“I’m 95,” Steve replies, a smile concealing his hurt. “I’m not dead.” But having missed six or seven decades of American popular culture — which is to say the only culture Americans know and revere — he realizes he has some catching up to do. He finds the Internet useful and keeps a notebook of touchstones he missed: disco, Rocky, Star Wars and the Marvin Gaye album Trouble Man.

Note that all these items are from the 1970s, back when Vietnam atrocities, the Watergate scandal, the Jonestown massacre and the spike in urban crime led many Americans to decide that paranoia was the purest form of realism. That notion — of powerful or violent forces conspiring against civilians — also primed some of the decade’s finest, most haunting movies: The Parallax View, starring Warren Beatty, and All the President’s Men and Three Days of the Condor, both with Robert Redford as a cocky crusader against government corruption.

(READ: The cover story on All the President’s Men by subscribing to TIME)

Beatty hasn’t been in a movie since Town & Country in 2001, but Redford was available to lend his liberal gravitas to The Winter Soldier, a sharp and pertinent political fable masquerading as a pre-summer blockbuster. Not that the film lacks Marvel’s mandatory fisticuffs, car chases, bus flips, gigantic military hardware and a spectacular fight in an elevator — Steve vs. a dozen thugs in a tight space — or that the good Captain can’t find a zillion cute uses for his only weapon, a war-surplus shield (discus, battering ram, boomerang, you name it). But this is a moodier, more thoughtful Marvel movie and a big step up in ambition and achievement from The First Avenger.

The Winter Soldier underlines its progressive tilt in the first scene, as super-speedy Steve races past ex-Army officer Sam Wilson (Anthony Mackie) on a jogging course. “On your left!” he shouts each time he laps Sam. On the political spectrum, that’s where you’ll find this movie, written by Christopher Marcus and Stephen McFeely (the three Narnia movies plus the first Captain America and the second Thor) and directed by Joe and Anthony Russo (who helmed the films Welcome to Collinwood and You, Me and Dupree as well as episodes of Arrested Development and Community). It imagines enemies within the very government that Steve has dewily trusted and fought to preserve. He accuses these suave miscreants of “holding a gun to everyone on Earth and calling it protection.” To save his old idea of America, he must go rogue — a Hitchcockian hero on the run.

(READ: Corliss’s review of the 2011 Captain America: The First Avenger)

Redford plays Alexander Pierce, a State Department guru of such lofty repute that he once turned down a Nobel Prize. His latest passion is Project Insight, a mysterious plan under the aegis of S.H.I.E.L.D., the counterterrorist organization for whom Marvel’s many Avengers serve as enforcers. Suspicious of the project, S.H.I.E.L.D.’s boss Nick Fury (Samuel L. Jackson) asks for a brief delay before it is deployed, and the Secretary agrees — on the condition that Fury will send Iron Man to attend a Pierce family birthday. “And not just a fly-by. He’s got to mingle.” Decent fellow, nice sense of humor, eh? Or is he a world-threatening madman?

Viewers are primed to be suspicious, if they follow two of The Winter Soldier’s non-’70s cult refs. One is to The X Files: Fury, in extremes, paraphrases that para-noir show’s mantra “Trust No One” by telling Steve, “Don’t trust anyone.” The other is War Games: Natasha, in a bunker housing a huge computer of World War II vintage, asks Steve, “Shall we play a game?” — whose answer, in the 1984 film, was, “Love to. How about Global Thermonuclear War?” Preventive war, which argued for wiping out another country in case its leaders were thinking of attacking you, was a theory dear to old hard-line Communists and to Donald Rumsfeld in the George W. Bush White House. In The Winter Soldier that dictum blends with a New World Order. “To build a really better world,” one of its architects argues, “sometimes means tearing the old one down.”

(READ: Our review of The X Files: The Ultimate Collection)

We have reason to figure that S.H.I.E.L.D. will survive the threats in this movie; it must keep functioning to stoke future chapters in the Avengers series and its various spinoffs. So what other Old World Order may be resurrected to worm its venality into the U.S. government? Perhaps HYDRA, the ring of Nazi geniuses that was thought to be long defunct. It may have found refuge within the executive and legislative branches. The outfit’s founding führer, Dr. Arnim Zola (Toby Jones), may still exist as an all-powerful brain. And the Winter Soldier, a super-assassin whose powers match or exceed Captain America’s, may be the muscle behind HYDRA’s genocidal mischief. So the title really should be Captain America vs. the Winter Soldier. As any reader of the comics knows, they are frenemies of long standing.

Indeed, all the central characters — who first appeared in the pages of Marvel (and its predecessor, Timely Comics) from the 1940s through the ’60s — are very senior citizens. Steve is 95, more or less the same age as the Winter Soldier, but Fury probably has a few years on both of them; he was a U.S. Army captain in WWII before being preserved by the Infinity Formula. Black Widow, an infant during the Nazi siege of Stalingrad, is in her early seventies, as is Sam Wilson, who in 1969 earned his wings as the Falcon, Marvel’s first black hero.

(SEE: Jennifer Lawrence as Mystique in the trailer for X-Men: Days of Future Past)

Chronology is flexible in the Marvel universe. The main heroes and villains live forever, usually surviving their announced deaths (as Captain America did in 2009) for the sake of endless, intertwining story lines. Stan Lee, the writer who joined Timely Comics in 1939 and dreamed up Spider-Man, Iron Man, the Incredible Hulk and the X-Men, must have their indestructible genes. A vigorous 91, Lee has his usual cameo, this time as a night watchman at the Smithsonian, from which Captain America’s uniform has just disappeared. “Oh, man,” he says, “I am so fired.”

Only Steve Rogers ages, though he still looks great. His inborn innocence means he is vulnerable to disillusion; he’s constantly learning that the America he was raised to love is a place of compromise and chicanery. In a 1970s story arc in the comics, after Watergate, he severed links with the government and retired his Captain America persona, returning to public life only as a self-employed (and S.H.I.E.L.D.-faithful) symbol of the people’s goodness, not the government’s power. The Winter Soldier doesn’t put Steve through such a crisis of conscience. He stays true to his logo — and to Fury — realizing that in a world where so many powerful men are evil, the few good men must be powerful.

(SEE: The Twitter nerd-off between Marvel and Star Wars)

The movie began shooting last April, the same month that Edward Snowden started transmitting classified National Security Agency documents to journalists Glenn Greenwald and Laura Poitras. So the creepiest scene in The Winter Soldier must be serendipitous. In it, the Project Insight overlords prepare to target millions of Americans — not the old-fashioned way, with a bomb that would wipe out a major city and everyone in it, but with individual drone strikes, each pinpointing some “dangerous” individual (as shown on a giant map), with anyone nearby becoming the inevitable collateral damage.

That’s a lot of baggage for a comic-book superhero to carry, but Steve and the movie still fly high through plot twists and cool stunts. Evans, an actor who can be just as persuasive playing a serial killer (as Mr. Freezy in The Iceman), locates the discomfort of a misfit innocent. Mackie makes a strong debut as the Falcon, who, like Black Widow, deserves his own Marvel movie. Johansson and Redford, together on screen for the first time since 1998, when she was 15 and he was the Horse Whisperer, enjoy a pointed, prickly reunion. The film weaves in plot strands from other Marvel epics and, during the end credits, hints at developments in next summer’s The Avengers: Age of Ultron.

(SEE: The first photos from Marvel’s The Avengers: Age of Ultron)

The Winter Soldier is no labored treatise on political science; it fulfills all the expectations of a Marvel movie. But this time the danger doesn’t emanate from a fantasy villain like Neutron or an imaginary realm like Asgard. It’s grounded in threats from today’s headlines. (Russia shows up too, though as a victim country — not an invader.) Instead of butter on your movie-theater popcorn, you get a healthy spritz of paranoia. It tastes good. 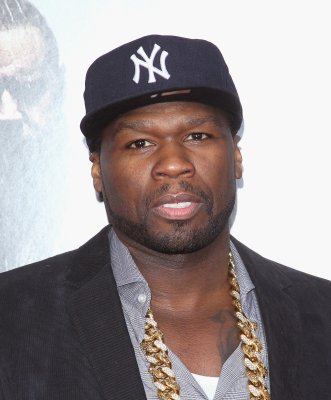