Richard Haass: What the U.S. Must Do About Russia

Russian President Vladimir Putin speaks as a journalist in red shows a poster with her question to him during his annual news conference in Moscow, Russia, Friday, Dec. 23, 2016.
Pavel Golovkin—AP
Ideas
By Richard N. Haass
Haass is president of the Council on Foreign Relations and the author of A World in Disarray

One can debate whether the deterioration of relations with Russia stems from a lack of Western magnanimity in the aftermath of the Cold War, including the decision to enlarge NATO up to Russia’s borders, or whether it results more from Russian political and strategic culture as well as the persona of Vladimir Putin. Either way, the results are troubling: Russian conquest of Crimea and destabilization of eastern Ukraine, a brutal Russian military intervention in Syria on behalf of an equally brutal government, and Russian interference in the 2016 American election. The question, to borrow the words of another Vladimir — Lenin — is, What is to be done?

We know that something needs doing, as Russia remains a major power, one with a modern military, a massive nuclear arsenal, advanced cyber capabilities, and significant oil and gas reserves. It has a seat on the UN Security Council. It is potentially dangerous, as President Putin has removed the checks and balances on his power. More positively, Russia could be a limited partner in the Middle East or in the war against terrorism.

What motivates today’s Russia is a matter of speculation, but Putin clearly seeks to avoid a revolution at home. He would like to re-establish a sphere of influence near Russia’s borders. He seeks not to make Russia great again (which would require real economic and political reform, something he fears) so much as to make it viewed as great. He wants respect for his willingness to act decisively with military force on behalf of national interests.

President Donald Trump’s administration should respond with firmness. Russia needs to know that the United States has both the will and the ability to respond to aggression. Deterrence is obviously preferable to defense and defense to liberation. But deterrence is never far removed from the perception that a government is willing and able to defend its interests. This argues for providing defensive weapons to Ukraine and stationing additional military forces in and around areas belonging to those NATO members that Russia might move against.

The United States needs to be prepared as well for the sort of “gray area” aggression carried out by Russian-backed irregular forces in eastern Ukraine. Such tactics may not trigger NATO’s Article 5 common defense clause, but they threaten stability all the same; what is required is training along with arms and intelligence support so that those NATO members near Russia can cope with any such challenges.

Sanctions should remain a tool of US and Western policy but not be overused. Ideally, Russia would come to have a stake in maintaining or expanding economic relationships that could jumpstart its shrinking economy. The goal is to incentivize Russia not to do things that would undermine stability and as a result economic ties. Sanctions should be designed so that they can be easily modified if Russian behavior improves.

There also needs to be restraint of a different sort on the American side. The focus of the relationship with Russia needs to be on its foreign policy rather than its domestic politics. Focusing on Russian politics would be unlikely to affect them for the better but would almost certainly get in the way of our bilateral relationship. Making clear that the United States does not seek Putin’s overthrow might actually help here.

The United States also needs to exercise more traditional foreign policy restraint. NATO membership for either Ukraine or Georgia should be placed on hold. Neither comes close to meeting NATO requirements, and going ahead would not only further alienate or provoke Russia but would also add military commitments that the United States is not in a position to fulfill. Consultations and high level meetings should be regularized on issues ranging from Europe and the Middle East to arms control and cyberspace.

In short, firmness is necessary but not sufficient. It can and should be combined with a degree of reassurance. The goal is not cosmetic improvements in the tone of relations but to get Russia to exercise greater restraint, something that would lead to truly improved relations.

Haass is president of the Council on Foreign Relations and author of A World in Disarray: American Foreign Policy and the Crisis of the Old Order 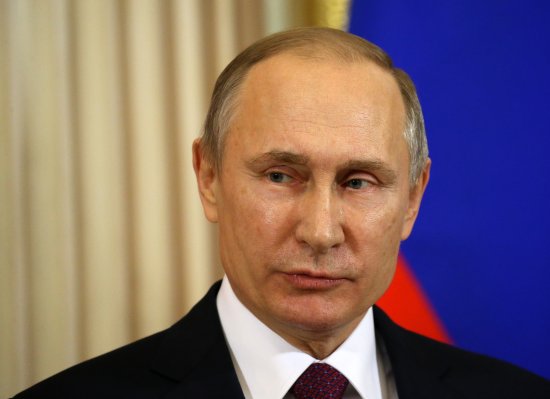 Vladimir Putin Eases Penalties for Domestic Abuse in Russia
Next Up: Editor's Pick