The Rock Just Wants to Save the World All the Time

Come what may, there’s one person you can always count on to come to the rescue. It’s Dwayne “The Rock” Johnson, of course, who really just wants to save the world as much as humanly possible—in his movies, anyway.

In a casual new video answering fan questions on his YouTube channel, the wrestler-turned-actor discussed how he approaches choosing film roles. He’s gotten to the point where he doesn’t audition anymore, he told fans. Instead, people come to him with “ideas.”

“They’re like, ‘Rock, we have this idea.’ I’m like, ‘OK, what is it?’ They’re like, ‘The Notebook 2.'” He quickly putting the kibosh on any dreams that fans may harbor of The Rock playing a romantic lead á la Ryan Gosling. But sometimes, he likes the pitches he gets.

“[Then they have] this idea, where there’s something going on with the world, and you gotta change it, and you gotta save it, and I’m like ‘OK, I’m in.’ That’s what happens,” he said, proving once and for all that he will always be the guy in the movie saving the world from disaster. (See: San Andreas, Furious 7, Doc Savage, Baywatch, etc.) Whether or not his choice of roles is actually preparation for real-life activities—perhaps in the political sphere—is still up for debate.

His supporters can hope. 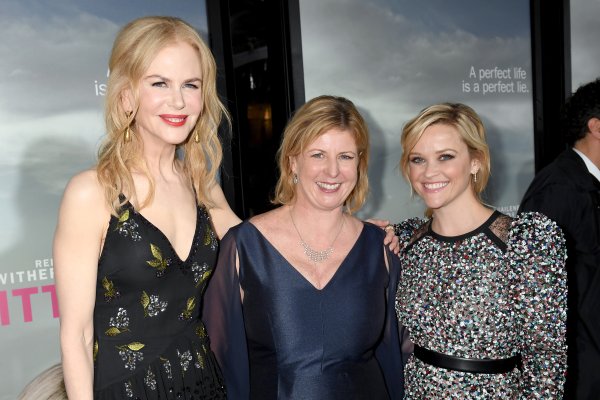 Why Big Little Lies Appealed to Reese Witherspoon and Nicole Kidman
Next Up: Editor's Pick