James Malcolm Green of Team USA and David Suynyuchkhanov of Azerbaijan walk after their match at the Freestyle World Cup in 74 kg at Imam Khomeini Sports Venue in Kermanshah, Iran, on Feb. 17, 2017.
Anadolu Agency/Getty Images
By Kay Armin Serjoie / Kermanshah

The applause began as Team USA walked into the crowded stadium here at the Freestyle World Cup Wrestling championships in Kermanshah, Iran. The Iranians in the crowd whooped, cheered, and began chanting the name of Jordan Burroughs, the best known athlete here.

What made this warm welcome even more extraordinary was that a week before it had looked extremely unlikely that the Americans would even be allowed to compete in the games.

When President Trump issued a visa ban for citizens of 7 majority Muslim countries, including Iran on Jan. 27, the authorities in the Islamic Republic vowed reciprocation. With just weeks to go before the championships began, Team USA prepared for the possibility that they would be unable to attend. “We called in all of the athletes and told them that it was unlikely we would be able to go to Iran,” Rich Bender the executive director of USA Wrestling, tells TIME. “They were all disappointed.”

But that all changed drastically when the courts struck down Trump’s visa ban, much to the dismay of the White House. The authorities in Iran, who have long encouraged citizen diplomacy with the U.S., quickly overturned a decision to not grant visas to Team USA. “In respect to the requests by American athletes and people we decided to issue visas for the US team,” said Masoud Soltanifar, Iran’s Sports and Youth Minister.

Now the visit has gone ahead, offering Iranians and Americans a moment of sports diplomacy amid crumbling relations between the leaders of their countries. It’s not the first time freestyle wrestling, a millennia old sport in Iran and part of the national identity, has acted as a way to bring the two countries together. In fact in 1998, wrestlers were the very first U.S. athletic team that travelled to Iran since the Islamic Revolution of 1979, a development so important that they were invited to the White House by then President Bill Clinton when they returned. Since then, the United States and Iran have exchanged wrestling teams 32 times, making the sport a mainstay of people-to-people diplomacy even when the two governments were at an impasse over Iran’s nuclear activities.

So it was again in Kermanshah, as Iranian fans welcomed Team USA — a powerhouse of the sport — with gifts and flowers. The American managers and coaches were given a private tour of the Bostan Arc, an ancient ruin and major tourist attraction here, with a heavy security detail to guarantee their safety. When Burroughs approached the Iranian Sports minister to personally thank him for the visas it led to a few minutes of friendly hand-shaking, with Soltanifar telling the Team USA leader that he was happy to see him in Iran.

“The welcome has been so gracious, it’s great being here,” said Burroughs, who has more Instagram followers from the Iranian capital Tehran than any other city in the world. “The reaction I get from fans here is more than what I get back in the States.”

The warm welcome belies what is a difficult moment for U.S.-Iranian relations. Many thought the historic 2015 nuclear deal between Iran and 6 world powers including the United States would lead to a thawing in the historically frosty relationship. Economic and social contacts were on the rise, the promise of trade between the two countries was solidified by the deal Iran’s national carrier Iran Air signed with Boeing for scores of new planes.

But with the election of Donald Trump as the 45th U.S. President all bets were off. Trump promised on the campaign trail to scrap the nuclear deal, and his administration put Iran “on notice” after the country tested a missile in late January.

Authorities in Iran however hope that as time goes on Trump will develop a mellower approach. “The fact that the international community, even U.S. allies are voicing their concern on Trump’s policies and course of action is very important,” Soltanifar said, adding that “Trump is facing backlash from the whole world, and that’s not sustainable. I am practically certain that he cannot continue his present course.”

For the time being, relations between the United States and the Islamic Republic must be settled in the sporting arena – and so it was that on Friday, Iran defeated Team USA in the final. It already looks as if the U.S. has taken reciprocal measures, of a friendlier sort. Shortly after Team USA received their visas, Iran’s national archery team was issued last-minute permits to attend the Las Vegas World Cup. In sports at least, the two countries can still get along. 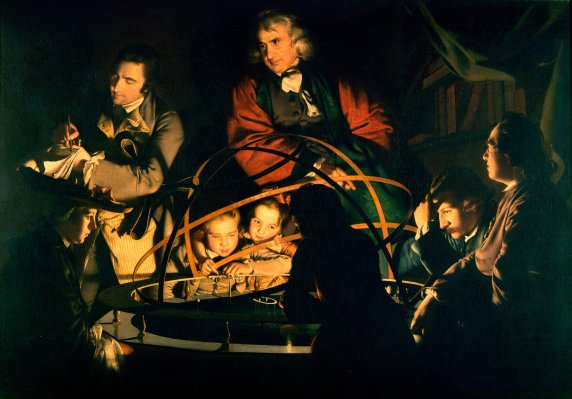 The U.S. and Iran's New Relationship Status: Enemies, With Benefits
Next Up: Editor's Pick