Amanda Knox is opening up about the truth of prison relationships in a new candid essay for Vice’s Broadly.

Knox – the American student whose conviction in the 2007 murder of her roommate Meredith Kercher was overturned by Italy’s highest appeals court in 2015 – reveals that while imprisoned she developed a friendship with another female inmate who eventually tried to make the relationship sexual.

The 29-year-old met Leny (whose name was changed) three years into the four years she served at a women’s prison facility in Perugia, central Italy, after her initial conviction in Kercher’s murder. Leny, whom Knox describes as a lesbian and a “small town drug dealer,” first approached Knox one day in the prison’s yard.

“Leny told me about how, in Italy, she had experienced a lot of judgement and closed-mindedness,” says Knox. “I sympathized. When I was 14, a rumor went around my Catholic high school that I was a lesbian, alienating me from everyone but a small group of my classmates. Later, I became an LGBTQ ally and helped found the Gay-Straight Alliance at my high school.”

She continues, “When I told her that, Leny grinned ear-to-ear. Afterwards, she scampered, puppy-like, alongside me as I paced the exercise yard – the next day, and the day after that, and eventually every day.”

Knox explains that she and Leny developed an “almost” friendship over the weeks that followed, as other inmates wanted little to do with “the famous one.” Knox writes that she had regular mail and family visits – in stark contrast to other inmates, who were utterly alone during their incarceration and craved “human contact.”

“At least initially, Leny might not have been trying to seduce me, and was actually just in need of someone kind to distract her from her loneliness,” she writes. “This is common. Contrary to what you might guess, many prison relationships aren’t about sex — just like most relationships outside of prison.”

“I gritted my teeth and half-smiled, wavering between embarrassment and anger,” she writes. “It was bad enough that the prison institution took ownership of my body ― that I was caged and strip-searched on a regular basis and had already been sexually harassed by male guards.”

Knox asked Leny to respect her boundaries or that their friendship would be over, but the inmate felt she was “over-reacting.” After Leny’s release, she continued to write Knox and send her love notes inside of CD jackets. “I never replied,” Knox admits.

“We’re intrigued by the idea of prison relationships, in part because we’re morbidly curious about anything to do with transgressors and criminals, but also because their relationships are titillating and a little mysterious,” contends Knox in the essay.

She adds, “We overlook non-sexual romantic relationships. The relationships inmates establish with each other are treated as nothing more than kinky lies to be ashamed of upon returning to the real world. But they’re not. ‘Gay for the stay’ is an insensitive oversimplification that signals a lack of understanding about what it’s really like to be imprisoned, and an underestimation of human nature.” 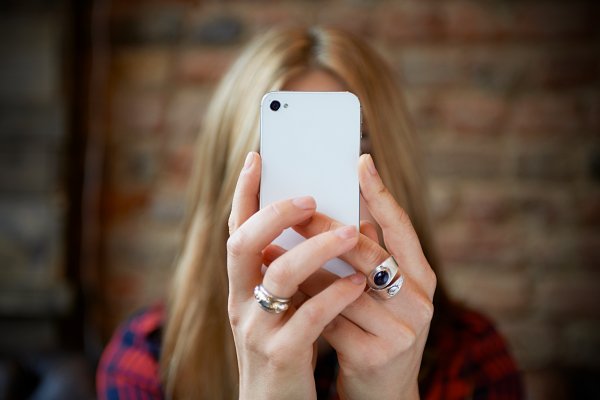 One Social Media Mistake That Can Make You Seem Narcissistic
Next Up: Editor's Pick