The White House is pushing back against a report that it is considering a proposal to mobilize as many as 100,000 National Guard troops round up undocumented immigrants.

The Associated Press reported this morning that an 11-page document would call for the National Guard to be called up in 11 states, including some not along the Mexican border, to round up undocumented immigrants.

The memo was written by U.S. Homeland Security Secretary John Kelly, a retired four-star Marine general, according to the AP, and would give governors in those states final say on whether to participate.

“That is 100% not true,” White House spokesman Sean Spicer told reporters. “It is false. It is irresponsible to be saying this. … There is no effort at all to round up, to utilize the National Guard to round up illegal immigrants.”

Spicer would not say whether this idea was ever floated somewhere within the Administration.

“I don’t know what could potentially be out there, but I know that there is no effort to do what is potentially suggested,” he said.

The full 11-page document has since been posted online by Vox. 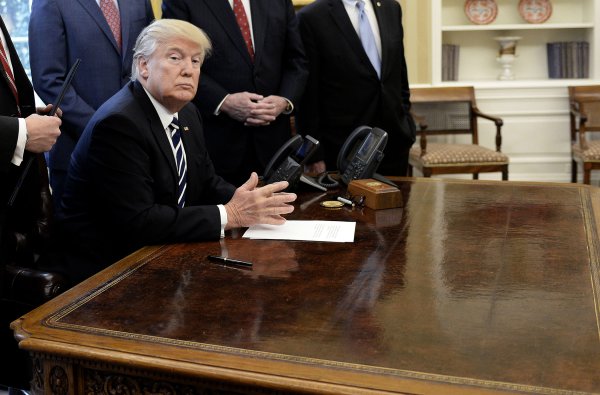 Watch Live: President Trump Announces a New Nominee for Secretary of Labor
Next Up: Editor's Pick