Tony Blair Returns to the Limelight with Bid to Reverse Brexit

The former British Prime Minister Tony Blair has launched a campaign to keep Britain in the European Union, issuing a call to those who voted to remain in the bloc to “rise up in defense of what we believe.”

In a speech hosted by pro-E.U. group Open Britain, Blair laid out the case for overturning the results of last June’s election, describing the damage that he says leaving the E.U. will do to Britain’s economy and its standing in the world. The so-called “hard Brexit” Britain is facing under current Prime Minister Theresa May — under which the country would withdraw from the bloc’s single market — would threaten billions of pounds in industries from financial services to manufacturing, he said.

He accused the current Conservative government of pursuing “Brexit at any cost,” arguing that the voters backed Leave without being fully aware of what it would entail. “The people voted without knowledge of the true terms of Brexit. As these terms become clear, it is their right to change their mind.”

The speech comes just weeks before May is expected to kickstart the formal process of withdrawal. She promised to trigger Article 50 of the Lisbon Treaty, which starts a two-year period of negotiations, by the end of March and won parliamentary approval to do so earlier in February.

Blair’s remarks stand in contrast to the position of his own Labour Party, which has agreed to back Brexit but has promised to fight for the “best deal” available. Although most Labour members of parliament (MPs) backed the Remain campaign ahead of the vote, their constituents largely went the other way — around 70% of Labour-held constituencies voted to leave the E.U.

Pro-Brexit lawmakers within the Conservative Party condemned Blair for his intervention. Iain Duncan-Smith, a former leader of the party who has been one of the most vocal ‘Brexiteers,’ called Blair’s remarks “arrogant” and “out of touch.”

His speech did receive support from some quarters. Nick Clegg, former head of the resolutely anti-Brexit Liberal Democrats party, tweeted his backing.

With only a small minority of elected lawmakers willing to risk their careers by opposing Brexit, the former Prime Minister acknowledged that reversing the vote would be extremely difficult if not impossible. “I don’t know if we can succeed,” he said. “But I do know we will suffer a rancorous verdict from future generations if we do not try.”

The verdict from many people in Britain may be no less rancorous. Blair is not a popular figure in the country he once led. Many still condemn him for leading Britain into the Iraq War based on misleading and flawed evidence. The establishment holds him in disdain for enriching himself out of office; newspapers regularly report on steep speaking fees and work done for dodgy regimes around the world. The leftwing grassroots of his former party, meanwhile, see him as a traitor to the cause.

Still, 48% of voters backed staying within the European Union. Blair will be hoping at least some of them rally to his standard. 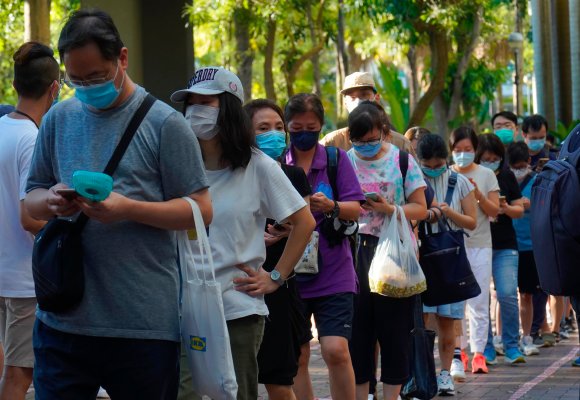