Barack Obama has been whisked to a very good table at the club of former presidents, according to a C-SPAN survey of 91 presidential historians published on Friday. Obama’s 12th-place ranking only a month after leaving office is the best for any president since Ronald Reagan, who ranks ninth in the new survey. The list updates previous C-SPAN surveys compiled in 2009 and 2000.

Historians gave Obama high marks for pursuing equality, managing the economy, public persuasion and “moral authority.” On the other hand, he was judged to have been below-average in handling international relations. Overall, he placed ahead of such generally well-regarded chief executives as James Monroe and James Polk.

History’s view of the best and worst presidents was unchanged since 2009. The top spot once again went to Abraham Lincoln — the quintessential self-made man who saved the Union, emancipated the slaves, and launched the Transcontinental Railroad. He ranked no lower than fourth in all ten of the criteria by which presidents were judged. He finished first in crisis leadership, administrative skill, vision setting, and pursuit of equal justice; second in economic management, moral authority, and “performance within the context of the times”; third in public persuasion and international relations; and fourth in working with Congress.

Lincoln was followed by George Washington, with the two Roosevelts — Franklin and Theodore — in third and fourth place. The bottom spots went to the men who served just before and just after Lincoln: James Buchanan and Andrew Johnson.

“Once again the Big Three are Lincoln, Washington and FDR — as it should be,” said one of the shepherds of the survey, Douglas Brinkley of Rice University in Houston. “That Obama came in at number 12 his first time out is quite impressive,” Brinkley added.

But Howard University historian Edna Greene Medford, another of C-SPAN’s consultants on the project, thought Obama might have ranked even higher. She was surprised to see him in the middle of the pack for administrative skills, and thought that his rapidly rising approval ratings during the last months of his administration might give him more of a boost. “Of course,” Medford said, “historians prefer to view the past from a distance, and only time will reveal his legacy.”

No one better illustrates that point than the 18th president, Ulysses Grant. In 2000, the scandal-plagued Grant was ranked in the bottom quarter of all presidents. But history has recently taken note of Grant’s personal honesty, his commitment to human rights and his international popularity. In the new survey, he continues his upward climb, now finishing right in the middle of the pack.

According to Richard Norton Smith, an independent scholar who also consulted with C-SPAN on the project, the survey clearly identifies a “golden age of the American presidency.” This era begins with the inauguration of Franklin Roosevelt in 1933 and ends in the tumultuous late 1960s. All five presidents who served during that span wound up in the top ten: FDR (3), Harry Truman (6), Dwight Eisenhower (5), John F. Kennedy (8) and Lyndon Johnson (10).

That might surprise many of the Americans who lived through those presidencies. They might recall Truman’s record-low approval ratings — his 22% favorable mark in February 1952 is the lowest in the history of the Gallup poll. They may remember that Eisenhower was widely dismissed as a plodder; a poll of historians shortly after he left office ranked him slightly below average. And Johnson opted not to run for reelection rather than face almost certain defeat.

Thomas Jefferson, in seventh place, rounds out the top ten.

Meanwhile, other presidents are falling in history’s estimation. Andrew Jackson, the 19th century populist whose portrait occupies a place of honor next to Donald Trump’s desk in the Oval Office, plunged five places since the 2009 survey, from 13th to 18th. Woodrow Wilson, who ranked sixth in the 2000 survey, dropped to 11th, as the post-World War I map of the Middle East that Wilson helped to draw crumbled into anarchy, and historians placed new emphasis on his atrocious civil rights record.

The complete rankings can be found at C-SPAN. 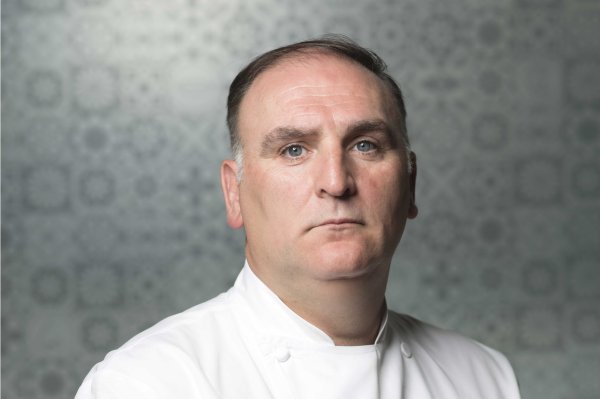 'We Cannot Be Taken for Granted.' Chef José Andrés on a Day Without Immigrants
Next Up: Editor's Pick