Criticizing judges who ruled against his controversial travel ban, President Trump argued that the federal circuit they sit on is regularly overturned by the Supreme Court.

During a combative press conference Thursday, Trump called the Ninth Circuit Appeals Court’s ruling to keep his ban against travel from seven Muslim-majority countries from going into effect “a bad decision.”

“We had to go quicker than we thought because of the bad decision we received from a circuit that has been overturned at a record number,” he said. “I have heard 80 percent, I find that hard to believe, that is just a number I heard, that they are overturned 80 percent of the time. I think that circuit is—that circuit is in chaos and that circuit is frankly in turmoil.”

Trump didn’t cite his source, but the number appears to have originated with a Feb. 9 Fox News segment featuring conservative commentator Sean Hannity.

The Ninth Circuit, which hears appeals on cases from much of the Western United States, is one of 13 federal appellate courts in the U.S.

According to statistics compiled by SCOTUSBlog, a respected Supreme Court website, the high court reversed 79 percent of the cases it reviewed from the Ninth Circuit between 2010 and 2015.

By comparison, the Supreme Court reversed about 70 percent of all cases it reviewed, with the Ninth Circuit ranking the third highest.

However, as PolitiFact noted, the Supreme Court only reviews a handful of cases from each circuit every year, so the percentages may not be that instructive. Over a 12-month period ending in March of 2015, the Ninth Circuit heard 12,000 cases, of which only 11 were reviewed by the Supreme Court. 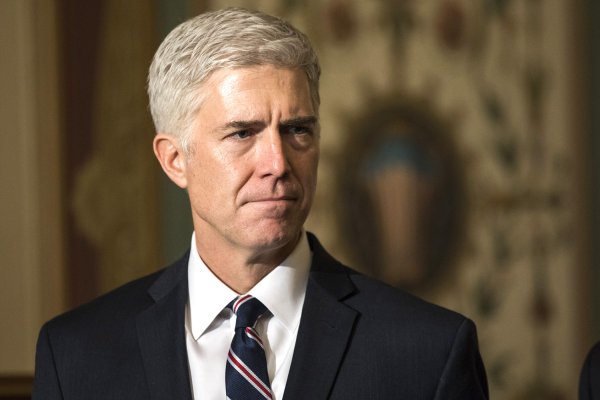