Everyone In Donald Trump's Cabinet Is Failing Americans

Getty Images
Ideas
By Rep. Yvette Clarke and Michael Shank
Clarke is the U.S. Representative for the 9th District of New York. Shank teaches at NYU's Center for Global Affairs.

As President Donald Trump’s Cabinet confirmation hearings continue, it’s shocking to see how far the President has deviated from Republican presidential precedent when it comes to selecting his Cabinet. President Richard Nixon, for example, after reading and reacting to the public’s pro-environment sentiment, created the first-ever, Cabinet-level Council on Environmental Quality and established the Environmental Protection Agency (EPA). President Abraham Lincoln’s Cabinet included all of his major political rivals. And even President George W. Bush had a Democrat, Norm Mineta, as his Transportation Secretary. Yet, none of this is happening now. There are no diverse policy perspectives. There is no dedication to representing American public interest.

Trump picked only his allies — ones who do not represent popular opinion. EPA pick Scott Pruitt, who was just confirmed, is a climate-science denier and has a record of suing the EPA, a position that contradicts the opinion of the majority of Americans, which has consistently exhibited serious and sustained concern about global warming. Trump’s Secretary of State and former ExxonMobil CEO Rex Tillerson similarly noted in his confirmation hearing that he doesn’t see climate change as a serious national security threat, despite the Pentagon’s and military leaders’ clear prioritization of the threat.

It’s the clear antagonism and hostility to what Americans want that’s so frightening about Trump’s Cabinet now. Fossil-fuel-friendly Rick Perry as Energy Secretary and gas pipeline promoter Ryan Zinke as Interior Secretary will only further drive the nail in the coffin of public opinion on climate change.

Pruitt’s opposition to environmental protection will impose particular hardships on African-American and Latino communities that already experience the most serious risks of pollution and climate change. As a result of the legacy of discriminatory housing policies, communities of color have disproportionately high levels of lead poisoning and contaminated water, and are often exposed to hazardous levels of air particle pollutants. In addition, the homes of African-Americans and Latinos are more frequently damaged in extreme weather conditions exacerbated by climate change.

The question going forward, then, is: Who will represent the majority of Americans who know that climate change is happening and weather is becoming much more extreme and erratic, who want funding for renewable energy ramped up and who want to regulate carbon emissions?

Over the next four years the answer will have to come from the American public and leaders at every level of society — since it will not come from the White House. Thankfully, there are plenty of leaders stepping up.

Take American cities, which are the closest to the American people and have to respond immediately, and often in person, to the public interest. Portland, Oregon, just passed an ordinance that bans all new fossil fuel export infrastructure within Portland city limits and prevents existing infrastructure from expanding. Several American cities, such as New York City, already have either a “zero net emissions” requirement in place for all new municipal buildings or are working on one. Baltimore, San Jose, New York City and more have decided to mirror the United Nations’ Agenda for 2030 and its Sustainable Development Goals, by implementing municipal strategies that focus on social, economic and environmental sustainability in their cities.

U.S. mayors are increasingly “America’s only hope” in tackling climate change, according to mayors around the world. In December, the mayors of Oslo, Rio de Janeiro, Stockholm, Sydney and Vancouver, expressed this very sentiment in a letter to eight American mayors, all of whom are members of the Carbon Neutral Cities Alliance and aggressively cutting carbon emissions 80-100 percent by 2050. This is the future of climate action.

Similarly, U.S. states will continue to tackle global warming in 2017 in ways that we’ll not see from the White House. Our State of New York just announced $360 million for 11 large-scale renewable energy projects, as part of the state’s goal to reach 50 percent renewable energy by 2030. Expect more of this from Albany and other U.S. states that are a part of the Under 2 MOU coalition, an organization that has a goal of limiting warming to below 2 degrees Celsius and limiting emissions to 2 tons of greenhouse gasses per capita.

Americans who care about the increasingly devastating threats posed by global warming to our security, our health, our economy and our environment, will need to demand a greener White House these next four years. It will not happen otherwise. Meanwhile, the fertile ground for climate action will be local, at the city level, at the district level and at the state level. But Americans who believe will need to become much more vocal.

The majority of Americans are on our side. The bad news is that this same majority hasn’t actively and aggressively voiced their climate concerns to their elected officials, radically changed their consumer or consumption habits or wrote for and communicated to their local news outlet. That’s got to change. The Trump Cabinet’s abdication of responsibility to protect America must now inspire the often-silent majority on climate change to stand up and fill this void. And it must do so before another hottest year wreaks havoc in America.

Clarke is the U.S. Representative for the 9th District of New York and a member of the Energy & Commerce Committee. Shank teaches at NYU’s Center for Global Affairs and served as a senior adviser on foreign policy in Congress between 2009 and 2013. 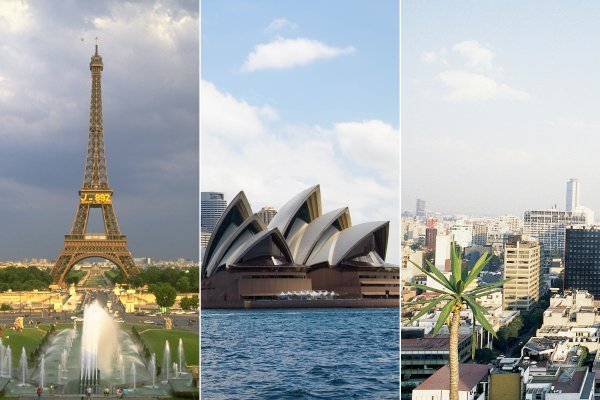