During Valentine’s Day, some enthusiastic new students joined their daughters in ballet class for a a night of dancing: dads.

The fathers of ballerinas were invited to participate in a daddy daughter dance class at the Philadelphia Dance Center this year, and the performances that resulted were both heartwarming and hilarious.

In video clips posted to the dance school’s Facebook and Instagram accounts, dads learn how to pirouette and dance to “Waltz of the Flowers” from “The Nutcracker Suite,” as well as performing lifts with their daughters. Some of the dads really got into the spirit of the dance class and sported tutus.

The mothers of students were also invited to join their kids for hip hop classes and from the looks of it, the moms fared a little better than the dads.

See all the dancing below. 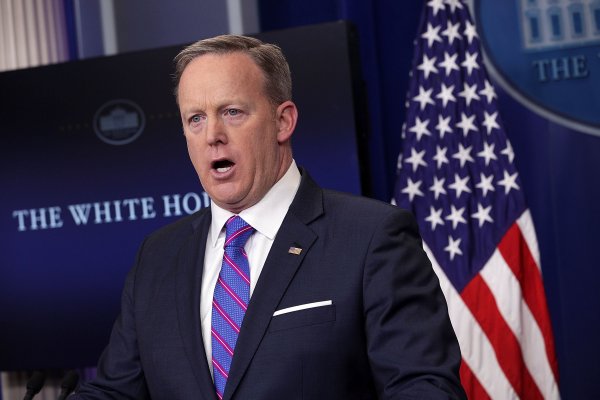 You Can Now Generate the Sean Spicer Version of Your Name
Next Up: Editor's Pick