The Government Purged Animal Welfare Data. So This Guy Is Publishing It

An Arizona man who has published thousands of animal welfare documents on his website since the government purged the once-public information is pledging to keep digging up data until federal officials reverse course.

Russ Kick, a 47-year-old writer and anthologist, said he immediately sprang into action last week when the U.S. Department of Agriculture suddenly pulled from its website a slew of papers regarding animal welfare at thousands of facilities across the country. Since then, he has made public again more than 10,000 documents, and thousands more are set to hit the web soon.

For nearly a year, Kick has been running a website called thememoryhole2.org, where he has re-published information wiped from several agencies, including the Federal Aviation Administration and Environmental Protection Agency. His only goal, he said, is to increase transparency and make important government documents more easily available.

Months before the Agriculture Department decided to no longer give the public access to its inspection reports and records of violations and enforcement, Kick said he had an inkling that information would soon disappear. His hunch led him to save nine years’ worth of data from the department’s Animal and Plant Health Inspection Service (APHIS) page.

“I’ve been bracing for the worst as far as transparency and secrecy because [President Donald Trump] definitely has shown that he’s not pro-transparency by any means,” Kick said. “I was just surprised that they were there because it’s sensitive stuff.”

APHIS’s website used to have a search tool that made inspection records and violations at animal facilities publicly accessible. It allowed anyone to check government regulation of how animals are treated at about 9,000 zoos, circuses, research laboratories, dog breeding operations and other facilities in the country. APHIS, which is part of the USDA, said the decision to remove that page was “based on our commitment to being transparent, remaining responsive to our stakeholders’ informational needs, and maintaining the privacy rights of individuals.”

Kick said he was “upset” by the change — a reaction echoed by many animal activists in the country. Several advocates and animal law experts who had also previously saved the APHIS documents have sent thousands of pages of data to Kirk to be published on his website. Kick said his collection is helpful when it comes to checking back on facilities that have previously come under fire for potential violations, including an Indiana wildlife refuge where tiger cubs were allegedly abused in 2015.

The public USDA reports served an important purpose, Kick said, which was shining a light on potentially deadly situations. “I can’t even read the documents I’m posting,” he said. “I tried reading them, and the things that are going on are just nightmare-stuff.”

Despite his efforts, Kick concedes his work can only go so far. Unless the government approves a Freedom of Information Act submission and hands over requested data, no new documents can come to light, only the ones he already has from previous years. “There is no easy way at this point to get access to those documents,” Kick said, adding that he will file as many FOIA requests as needed and keep up his fight until the end.

“As long as the database is offline, I’ll keep posting whatever people send me and I’ll keep trying to find more on my own,” he said. 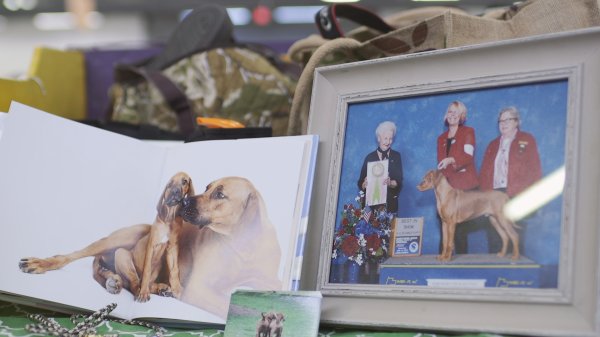 If Dogs Could Write Valentines, Here’s What They Would Tell Their Owners
Next Up: Editor's Pick