Amid the turbulence of intelligence leaks and contentious press briefings, President Trump’s Twitter feed is perhaps the most reliable window into his thoughts.

Because all tweets are coded by which device was used to send them, it’s possible to make an educated guess as to which messages from Trump’s account come from him personally. This has allowed a variety of news outlets to analyze such things as the tone of his personal tweets and whether he changes his behavior during the Jewish sabbath.

To contribute to this body of research, TIME analyzed 1,200 of Trump’s tweets between the time he became the presumptive nominee up to the present. While the timing of his Twitter habit has only changed gradually, the topics on which he focuses have changed dramatically.

Case in point: Before the election, he frequently mentioned “women” in tweets. Since the inauguration, he has not done so once.

Here’s a closer look at how Trump’s tweets have changed since he became President. 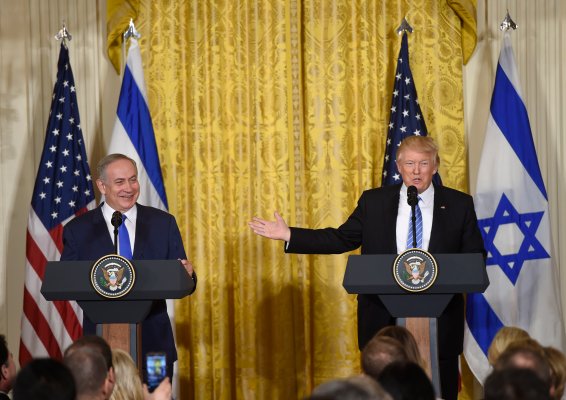 President Trump Talked About Campaign Win When Asked About Anti-Semitism
Next Up: Editor's Pick