No, President Trump Isn't Going to Eliminate the EPA. But He Might Do This

The entire text of the bill was short enough to fit in a tweet: “The Environmental Protection Agency shall terminate on December 31, 2018.”

And like a tweet, it quickly spread across the internet, with anxious environmentalists and scientists sharing links to H.R. 861 out of concern that Republicans in Congress would take it up.

In reality, the proposed bill is going nowhere. Introduced by a freshman lawmaker less than a month into his first term with just three cosponsors, it’s a classic example of what is known as a “messaging bill” designed solely to get attention. Unwinding a huge federal agency would take more than a single sentence.

But that doesn’t mean that the EPA is safe. In fact, some of the agency’s defenders worry that it faces a far more stealthy threat of being hollowed out. President Trump’s choice to run the agency, Oklahoma Attorney General Scott Pruitt, is known for targeting the agency with more than a dozen lawsuits.

Environmental groups and policymakers fear Pruitt will dismantle many of the agency’s core functions methodically over time rather than trying to knock out the agency with one fell swoop.

He will almost certainly try to unravel the Clean Power Plan, President Obama’s primary regulation aimed at addressing climate change, a multi-year process that could require careful reconsideration of legal and scientific arguments. He might also weaken—or shutter altogether—the EPA’s enforcement office, according to an Inside EPA report.

Of course, the GOP-controlled Congress and Trump will also help. Congress has already undone several Obama-era regulations using the Congressional Review Act and could vote to weaken a slew of other environmental protections. Trump will reportedly sign several executive orders at the agency next week, though the details remain unclear.

That means that significant legislation with provisions supported across the aisle would be left without any agency to implement and enforce them. Those laws include the Clean Air Act, Clean Water Act and Toxic Substances Control Act, all of which draw at bipartisan support for at least some of their measures. Even President Donald Trump, who suggested on the campaign trail that he might end the agency, has since recognized that it carries out important functions.

The Sierra Club—along with a slew of environmental organizations—condemned the proposed legislation, but acknowledged what Trump could do to environmental protection.

“The more pernicious threat we face is the confirmation of someone like Scott Pruitt, who has been a foe of the organization he’s been nominated to lead,” Melinda Pierce, the legislative director of the Sierra Club, told the Palm Beach Post. 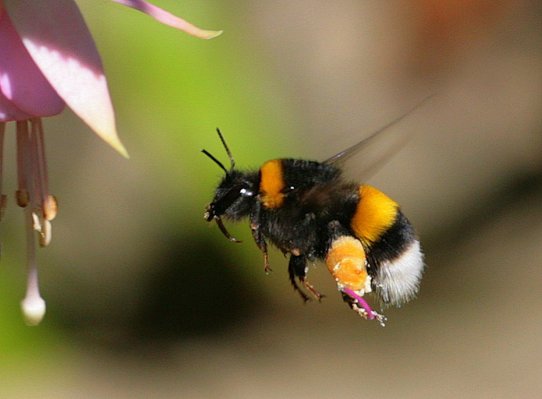 How the Endangered Species Act Helps Save Humans, Too
Next Up: Editor's Pick