Do the Child-Free Live Longer?

If you’re of childbearing age, you’re surely used to the refrain that one of the most sublime joys of life is parenthood. A baby means bliss, love and the proxy immortality that comes from passing your genes down to the next generation. You’re also probably used to the other refrain, about how the very act of being a parent might be killing you.

It’s not just the physical toll that childbearing takes on the body of the mother but also the price both parents pay in the sleepless nights, the constant worry and the long hours spent on the job to pay for it all. Cortisol, a stress hormone, is present in much higher levels in the blood of overworked, overanxious people–parents among them. And together they can weaken the immune system, raise blood pressure and otherwise tax health.

That, however, is not all there is to it, and when it comes to the impact that raising children has on parental life expectancy, the science is not unanimous.

If parenthood contributes in any way to aging, it’s probably the evolutionary phenomenon known as the “disposable soma” that makes it so. Soma refers to the body–in this case a parent’s–and disposable means, of course, something that is made to be thrown away. Every ounce of energy that goes into rearing children is an ounce of energy that could otherwise be used to maintain or repair the health of the larger organism. In this deal, it is the moms who suffer worse than the dads.

A 2006 study published in the American Journal of Human Biology tracked 116 years of births–from 1886 to 2002–in four regions of Poland and found that women lost an astonishing 95 weeks of life for each child they carried. Hypertension, pregnancy-related diabetes and other ills are among the reasons for shortened life spans, as are the nutritional demands of pregnancy and breast-feeding. You need a lot of calories to make and feed a baby, and even in the modern world, some mothers never catch up.

The findings are good news for mothers, but the cause and effect are not clear. Women who postpone childbearing tend to be more educated and wealthier, and both factors are linked to better health. And women capable of having two to four full-term pregnancies may simply be stronger and healthier to begin with.

More compelling are studies of a hormone central to child rearing: oxytocin. Known as the cuddle chemical, it is what makes what ought to be the biologically pointless experience of snuggling with a partner or cooing to a baby so rewarding. Oxytocin levels soar in women when they’re pregnant and breast-feeding, and fathers get a boost too–sometimes one as great as the mothers’–just by being present.

The oxytocin high isn’t permanent, of course, but every bedtime tuck-in or post-soccer-game hug–not to mention intimacy between parents–can provide an oxytocin booster shot, and those maintenance doses add up.

A 2012 study of 21,000 childless couples undergoing fertility treatment found that over a nine-year period, the ones who eventually had a child–biologically or through adoption–had a risk of death from any cause one-fourth that of those who remained childless. Another study tracked life spans in the Amish-American community from 1749 to 1912 and found that parental longevity increased in lockstep with the number of children.

No matter the century, parenting is not an easy job. And some of the most treasured hours parents can have are ones spent away from the kids. But the lives they go back to–the ones inhabited by their offspring–are often immeasurably enriched by their children. And rich lives often end up being longer ones. 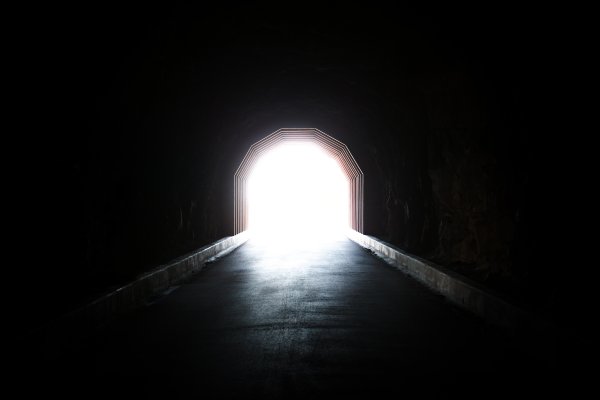 24 Mostly Insane Ways Man Has Tried to Cheat Death
Next Up: Editor's Pick