ICE handout photo shows one of hundreds of undocumented immigrants arrested during raids in 12 states.
ICE/AFP/Getty Images
By Maya Rhodan

The panic set in before the raids began. In Cleveland, undocumented women who worried about getting deported by Donald Trump’s Administration began asking local activists if they could fill out paperwork to safeguard their children. In Brownsville, Texas, community health worker Paula Saldana heard tales of neighbors abruptly leaving their homes to return to Mexico. Zuleima Dominguez, a 23-year-old college student, says every knock at the door of her Bronx apartment became an occasion for alarm. “The fear controls my body,” says Dominguez, whose parents and brother are undocumented. “I start crying. I start getting anxiety.”

That may have been partly the design of the President’s recent crackdown on undocumented immigrants. The raids, carried out by federal officials beginning Feb. 4, netted some 680 people in 12 states. Government agencies say the goal was simply to enforce the laws on the books. About 75% of those apprehended had criminal convictions, according to the Department of Homeland Security, and Trump hailed the arrests as the realization of a campaign promise. “Gang members, drug dealers & others are being removed!” he tweeted Feb. 12.

But not only them. While Trump’s predecessors also conducted sweeping roundups in immigrant communities, those raids had narrower targets. President Barack Obama directed officials to prioritize hardened criminals for deportation. In contrast, Trump’s Executive Orders instructed law-enforcement agencies to broaden the range of deportable offenses. Even acts that might warrant future criminal charges could be cause for removal.

Immigration activists estimate that up to 8 million of the roughly 11 million undocumented people living in the U.S. could be at risk under Trump’s policy. Immigration and Customs Enforcement (ICE) data shows many of those caught up in the raids didn’t have prior criminal convictions. At least one recipient of Obama’s Deferred Action for Childhood Arrivals (DACA) program–which protected from deportation some undocumented immigrants who were brought to the U.S. illegally by their parents–was detained. The new Administration has left entire immigrant communities feeling vulnerable. It “pretty much incorporates everyone,” says Andre Segura, an attorney with the American Civil Liberties Union Immigrants’ Rights Project.

Trump’s raids have roots in the 1950s. In a December 2015 interview, the then candidate explained to TIME why he had praised Operation Wetback, a controversial deportation program instituted by President Dwight Eisenhower. Historians estimate that more than 1 million people left the U.S. during the roundups, but the vast majority decamped voluntarily rather than being forcibly removed. Trump cited this as proof of the program’s success. “Once they knew the country was getting tough on illegal immigration, they left,” Trump said. “They saw what was going on, and they left.”

While Trump often says the goal of his immigration policy is to expel violent criminals, the effect has been to spread the same sense of fear that drove immigrants out during Eisenhower’s operation. Organizations like the National Immigration Law Center, United We Dream and the Coalition for Humane Immigrant Rights of Los Angeles saw their switchboards light up with concerned calls. False reports of raids and checkpoints only added to the confusion. The prospect left students like Dominguez, who was brought to the U.S. as a child and received a DACA waiver, worried that her family could be torn in two.

But in immigrant communities across the U.S., activists are responding to fear with courage. As the raids return, resistance is rising as well. In Phoenix, scores of people gathered Feb. 8 to protest the impending deportation of a local mother of two. Some demonstrators were undocumented immigrants who risked their own futures to be there, and several were arrested for blocking the path of an ICE van. “The path forward is to fight,” says Luba Cortes, an activist with Make the Road New York. “To show them that we’re not scared. To show them that we’re here, and that we’re not going anywhere.”

–With reporting by CHARLOTTE ALTER/NEW YORK 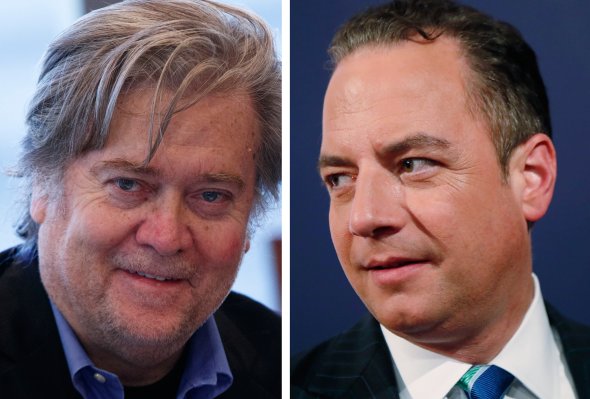