My Life As A Zucchini
GKIDS
By Stephanie Zacharek

Orphans, as Charles Dickens knew, are great subjects. If there’s anything right with this world, Claude Barras’ stop-motion animated marvel My Life as a Zucchini–also known as My Life as a Courgette–will be remembered as a great entry in the orphan canon.

Not all the characters are orphans, strictly speaking. The hero, Zucchini, is a neglected boy who’s sent to a group home after the death of his mother (his father has long ago disappeared). A shy, quiet kid with deep blue hollows around his eyes, he’s a symbol for all the shadowy, nameless anxieties children harbor, feelings that grownups often think they understand but have banished to the margins of consciousness.

Zucchini is at first bullied by the unruly mischief maker Simon, a wiry rapscallion with a swirly red pompadour. But once Simon lets his guard down, Zucchini sees, as we do, that his aggressive posturing is just a defense mechanism. Zucchini begins to find his place at the home, which is run by kindly, conscientious teachers and caretakers–no ladlesful of lumpy gruel here. Raymond, the police officer who first escorted Zucchini there, keeps tabs on him. (A dubbed version of this French-Swiss co-production will be shown in U.S. theaters. In the English-language version, the voice of Raymond is provided by deadpan virtuoso Nick Offerman.)

Zucchini updates Raymond with hilarious crayon illustrations of his day-to-day life, including facts he has learned about our cavemen forebears: “They lived when soap didn’t exist.” That’s just one example of the lightness of touch Barras brings to this story. Even in the midst of tragedy–and what could be more tragic than kids who have no family?–joy has a way of sneaking in.

The animation is captivating and vibrant. A scene in which the teachers hold a punk-disco party for the kids is particularly disarming–they twist and shuffle and hop with that peculiarly childlike mix of audaciousness and reserve. My Life as a Zucchini is so warm, so alive, that we forget we’re watching cartoon figures. And when they belong to us, they’re no longer orphans. 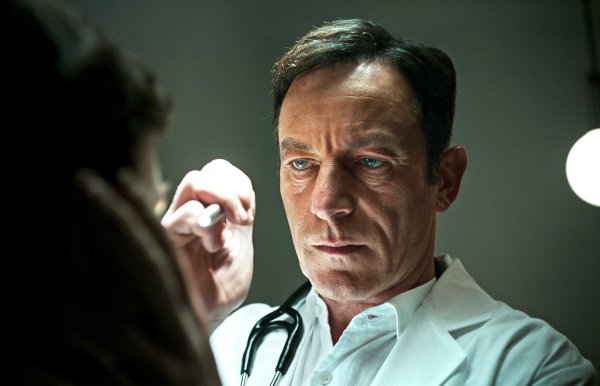 Review: A Cure for Wellness Offers Up Chills, Pills and Spills
Next Up: Editor's Pick