Jordan Peele Scares Us Silly In Get Out

For Jordan Peele, comedy was a 15-year detour. Five seasons on MADtv. The award-winning Comedy Central sketch show Key & Peele. And Keanu, his movie with comedy partner Keegan-Michael Key about a kitten catnapped by gangsters. All pit stops on the way to his ultimate goal: horror director. Peele’s directorial debut, Get Out, which hits theaters on Feb. 24, is the realization of a dream that he says has been “on the back burner all along.”

In a midtown Manhattan hotel some 12 blocks from where he grew up, Peele, 37, explains why he and the genre got off to a rocky start. “I was deathly afraid of horror movies until about 11 or 12, and then I began to respect something that could affect me so deeply.” But the bar he set for himself was high. “I felt like I could never make a movie as good as my favorites,” he says. So when he discovered a knack for comedy in college, he pursued it. “If I do my job right,” he says he thought, “maybe I’ll get to a point where I can shift gears.”

He finally has. In Get Out, Rose (Allison Williams), who is white, brings her boyfriend Chris (Daniel Kaluuya), who is black, to meet her parents (Catherine Keener and Bradley Whitford) in a tony Connecticut hamlet. When he asks if she has told them that he’s black, she reassures him that her dad isn’t racist: “He would have voted for Obama a third time, if he could have!” They arrive, and a warm welcome gives way to ominous hints that something is seriously awry. Ultimately, Chris’ life depends on heeding the film’s title.

Sharp and sardonic, Get Out is a spooky social thriller in the mold of Rosemary’s Baby. As a fan of that film, Peele says he could relate to the experience of female oppression through Mia Farrow’s performance. When he sat down to write Get Out, he began to think the same should be done for race.

The result is an examination of racism–not of the cross-burning, violent kind, but of the insidious variety that persists in liberal, upper-class circles. “When Obama was elected, for eight years, we lived in this postracial lie,” Peele says. He kept noticing “subtle, seemingly harmless interactions”–like dialed-up zeal for Obama–that served as a reminder that racism still thrives. “If we were in a postracial society,” he says, “I would not feel like a token black guy in a room full of white people trying to connect with me about basketball.”

Fans of Key & Peele will find familiar themes. The film’s opening scene recalls a 2013 sketch in which white people nervously summon their children inside as Peele, in a hoodie, walks past their homes. “The conventional dynamic people understand is white fear of the black neighborhood,” says Peele. “In recent times, we’ve been dealing with the fact that black people have a lot to fear in a white neighborhood. This movie explores why black people are afraid of white people.”

Get Out represents eight years of Peele’s thinking and writing on race. There’s more, he promises, where the film came from. Never one to self-censor, he recently addressed critics who suggest that comedians refrain from taking on politics. “Be careful what y’all wish for,” he tweeted. What did he mean exactly? He scratches his stubble and smiles. “Be more scared of our art than our tweets,” he says. “You don’t want comedians against you.” Or horror directors. 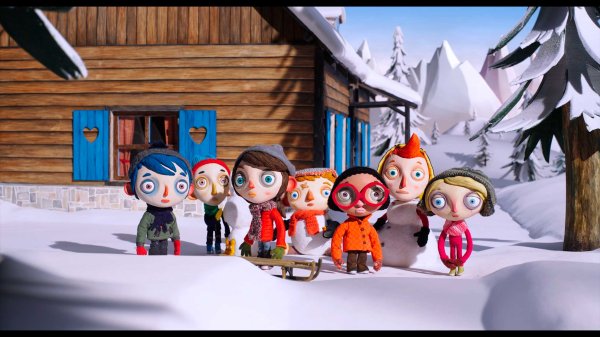 Oscar Nominee My Life As a Zucchini Is a Stop-Motion Marvel
Next Up: Editor's Pick