Why Do People Want to Live So Long, Anyway?

Dr. Ezekiel Emanuel is famous for a lot of reasons. He’s an acclaimed bioethicist and oncologist who advised President Obama on health care and has two very well known brothers, but another thing people always seem to remember about him is that article he wrote in 2014: “Why I Hope to Die at 75.”

More than 1,000 people have sent him letters and emails–some saying he’s insane and ungrateful, others thanking him for voicing the same thoughts for which they’d been ridiculed. One 75-year-old man who died in upstate New York requested that his mourners, instead of making a donation, sit down and read the piece.

Emanuel’s embrace of an early end–one that’s only a few years shy of the U.S. life expectancy of 78.8–is the exact opposite of how most people in America feel about dying. In a survey from the Pew Research Center, nearly 70% of American adults said they wanted to live to be up to 100 years old. But why?

“The quest to live forever, or to live for great expanses of time, has always been part of the human spirit,” says Paul Root Wolpe, director of the Emory Center for Ethics. People now seem to have particular reason to be optimistic: in the past century, science and medicine have extended life expectancy, and longevity researchers (not to mention Silicon Valley types) are pushing for a life that lasts at least a couple decades more.

Of course, people want to juice their life spans for reasons beyond their pioneering spirits. “The thing that is most difficult and inscrutable to us as mortal beings is the fact of our own death,” Wolpe says. “We don’t understand it, we don’t get it, and as meaning-laden beings, we can’t fathom what it means to not exist.” In other words, thinking about the infinite desert of death can trigger the worst kind of FOMO.

At the same time, the odds of living a long life that’s also a good, healthy one are slim. Almost all people complete their most meaningful years before age 75, Emanuel writes in his essay, so living past that age is rarely as good as it may sound. Physical function crumbles for about half of Americans at around age 80, and aging makes all of us mentally slower and less creative. We may die later, but we don’t age slower.

Older folks understand this better than younger people. “What you see when you actually look at people at the end of life, to a large degree, is a sense of a life well lived and a time for that life to transition itself,” says Wolpe. “Younger people have a harder time with that, but older people don’t.”

When people are asked how long they hope to live, however, attitude seems to make a greater difference than how old they are. A study of young and middle-aged people ages 18 to 64 found that 1 in 6 preferred to die before age 80. Those who did tended to hold more negative beliefs about what old age would be like. Still, the vast majority of people surveyed wanted to live a good long life and had sunnier expectations for their own old age.

That’s why Emanuel isn’t trying to persuade many people to drop the quest for a longer life: evidence, he knows, is no match for the human ego. “One of the things I don’t understand is why the Silicon Valley types want to live forever,” Emanuel says. “Obviously they believe the world can’t possibly survive without their existence, and so they think their immortality is so critical to the survival of the world.”

There is, however, an ethical way to chase life extension in a way that benefits everyone. “The proportion of the population that dies before 75, that’s the number we ought to be looking at and tracking,” Emanuel says. “We want to get everyone to 75.” 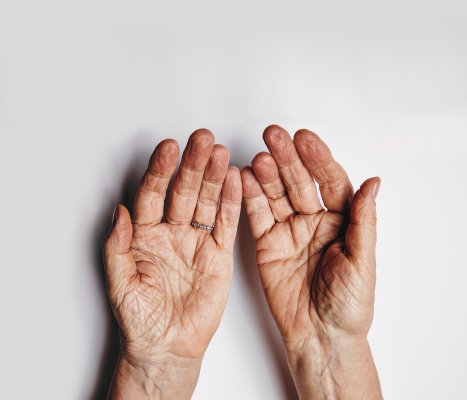 Where Will All the Old Folks Live?
Next Up: Editor's Pick