Inderjit Singh Reyat, the only person convicted for the 1985 bombing of Air India Flight 182.
Darryl Dyck—AP
By Kevin Lui

The only man ever convicted over the 1985 bombing of Air India Flight 182, which resulted in the death of 331 people, is now free, reports Agence France-Presse.

Inderjit Singh Reyat had already been living in a halfway house outside prison for a year, but Canada’s parole board told AFP that Reyat was now free to “live in a private residence.”

Reyat, a Sikh who migrated to Canada from India, was sentenced for making the bombs, as well as for lying in court, reports AFP. Canadian prosecutors maintained that the attack’s other alleged plotters escaped conviction because of Reyat’s false testimony.

His release from custody has not been met without criticism. “It’s absolutely ridiculous that the parole board will let him out,” Andre Gerolymatos, a co-director of terrorism, risk and security studies at Canada’s Simon Fraser University, told CBC News.

Certain conditions remain for Reyat, despite his physical freedom. He is barred from politics and from contacting extremists and families of the victims. He must also attend counseling for several psychological conditions, reports AFP. 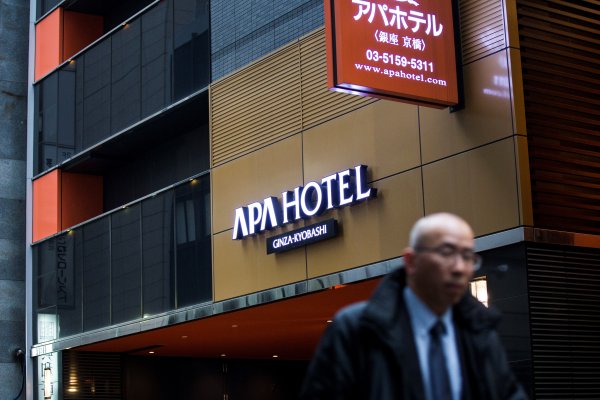 Hotelier Faces Backlash Over 'Anti-Semitic Remarks'
Next Up: Editor's Pick