President Trump Was Asked About Anti-Semitism. He Responded by Talking About His Win

President Trump has a habit of talking about his Electoral College win at inappropriate moments, but his reference on Wednesday was perhaps the most unexpected.

The scene: A joint press conference with Israeli Prime Minister Benjamin Netanyahu. An Israeli reporter asked a straightforward question about “a sharp rise in anti-Semitic incidents across the United States” since his election.

At least one Democratic lawmaker criticized Trump over his response.

Trump previously raised eyebrows when he talked about his campaign win while speaking in front of a CIA memorial to fallen intelligence officers. 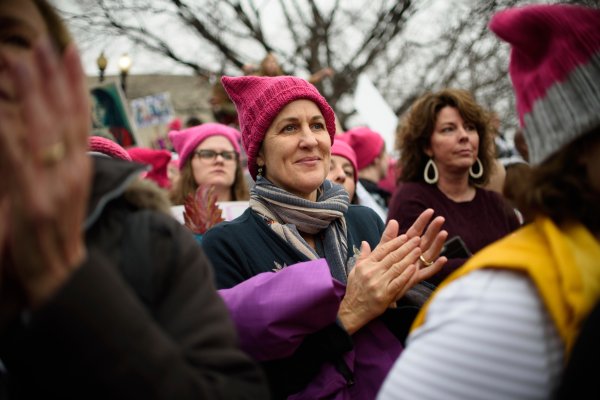 President Trump Sparked a Fashion Backlash
Next Up: Editor's Pick