Watch Ashton Kutcher Give a Passionate Speech Against Human Trafficking

The 39-year-old actor passionately testified on how to put an end to sex trafficking, discussing his work as co-founder of Thorn, an organization that seeks to better use technology to locate victims of the practice. “As part of my anti-trafficking work, I’ve met victims in Russia, I’ve met victims in India, I’ve met victims that have been trafficked from Mexico, victims from New York and New Jersey and all across our country, he said. “I’ve been on FBI raids where I’ve seen things that no person should ever see.”

Following Kutcher’s remarks, Committee Chairman Sen. Bob Corker thanked him for his words, calling his work “inspirational,” and “a true testament to entrepreneurialism and people taking a risk toward social good,” according to CNN.

And Sen. John McCain even managed a light-hearted joke about the Hollywood star. “Ashton, you were better looking in the movies,” he joked, prompting Kutcher to blow him a kiss in reply. 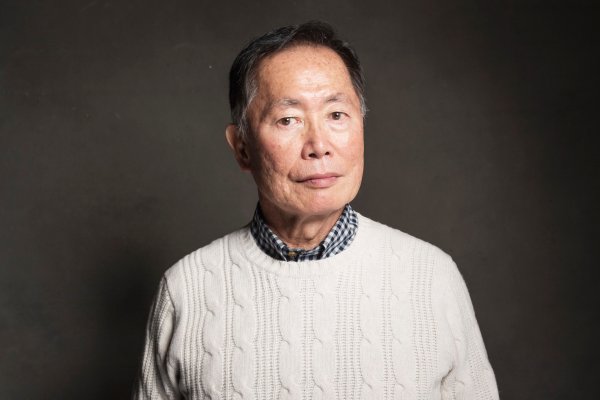 George Takei Warns President Trump Is Repeating a Dark Time in History
Next Up: Editor's Pick