These 8 Books Can Help You Finally Understand Business

Apple CEO Steve Jobs delivers a keynote address at the 2005 Macworld Expo January 11, 2005 in San Francisco, California.
Justin Sullivan—Getty Images
By Alex Fitzpatrick
Each product we feature has been independently selected and reviewed by our editorial team. If you make a purchase using the links included, we may earn commission.

If you’ve never run your own business or considered B-school, it can be tough to wrap your head around how the corporate world works. Thankfully, there’s a wealth of excellent (yes, even enjoyable) tomes out there that can help. Here are eight great ones to start with, a mix of classics and new reads about today’s hottest startups as suggested by writers and editors at TIME and Fortune.

Clayton Christensen’s 1997 classic The Innovators Dilemma argues that market-leading companies can become shells of their former selves if they’re unwilling to “disrupt” themselves — because somebody else will come along and do it for them. It’s akin to a religious text in Silicon Valley, where it’s viewed as a guidebook for upstart innovators seeking to take on the world’s biggest firms.

The Pulitzer-winning Soul of a New Machine, by Tracy Kidder, is considered by many to be one of the best non-fiction books about technology ever written. The 1981 novel follows the now-defunct Data General’s efforts to build a next-generation “minicomputer” in the 1970s. The company’s ability to overcome corporate, engineering and design challenges offers particularly insightful lessons for anybody interested in cross-team project management.

The world is home to billions of companies, but only a few become true corporate powerhouses. What separates the merely good firms from the great? That’s the question Jim C. Collins seeks to answer in his 2001 Good to Great. His ultimate answer: It’s all about focusing on what you do best — what economists might call “comparative advantage.”

Enron’s demise was perhaps the most infamous corporate collapse in American business history. Here, journalists Peter Elkind and Bethany McLean offer an insightful look at the complex business arrangements that masked Enron’s feeble health, all without requiring that readers have a business degree before diving in. You’ll come away with a far greater respect for accounting principles than you ever thought possible.

Steve Jobs, whose 1997 return to Apple sparked a turnaround that helped the Cupertino, Calif. become the world’s largest company by market capitalization, was in many ways a flawed genius. But it’s impossible to deny his business acumen, and anybody interested in business would do well to know his story well. Nobody has captured a better portrait of Jobs than former TIME Managing Editor Walter Issacson, whose 2011 biography leaves readers with a deeper understanding of the man and the now-massive company he helped resurrect.

Ours is an age dominated not only by decades-old corporate powerhouses, but increasingly by well-funded technology startups, too. In The Upstarts, Bloomberg’s Brad Stone offers a look at how two of these firms in particular — Uber and Airbnb — have remade the world in their image seemingly overnight. It’s especially insightful as a view into how modern companies deal with rules and regulations that stand to disrupt their business strategies.

Disney is called “the happiest place on Earth,” but its corporate history has long been marked by high-profile infighting and rivalries. James B. Stewart’s DisneyWar focuses on the tenure of former CEO Michael Eisner, along the way revealing how personal squabbles can threaten to derail even the world’s most iconic corporate powers. Read this one if you’re interested in learning about individual leaders’ ability to thrust companies forward — or spin them into chaos.

Research in Motion, the Canadian maker of the instantly-recognizable BlackBerry Phones, once dominated the embryonic smartphone market. Today, not so much. What happened? Jacquie McNish and Sean Silcoff’s 2015 Losing the Signal offers an answer: RIM simply wasn’t able to predict how Apple’s iPhone would change everything about the smartphone world. Read this one after Innovators’ Dilemma for a modern case study featuring a company you probably know well. 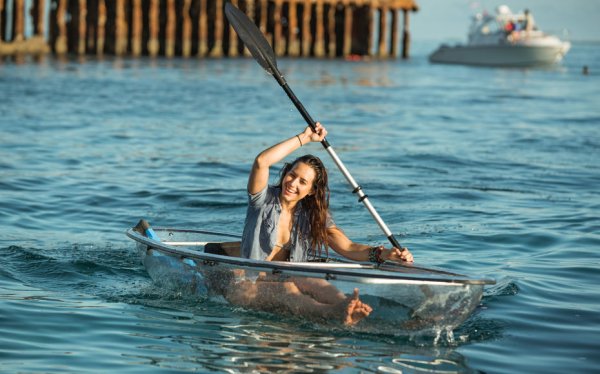 These Transparent Kayaks Let You See the Ocean Below You
Next Up: Editor's Pick