If you’ve ever longed to watch Matt Damon, dressed in vaguely medieval fantasy warrior gear, sling arrows at ravenous green beasties with eyeballs set in their shoulder bones, then The Great Wall is the movie for you. The Great Wall isn’t terrible—you might call it The Not-Bad Wall. But as a showcase for Damon’s considerable talents, and as a canvas for the gifted Chinese director Zhang Yimou, this ostentatious mythical epic isn’t quite the movie it should be. It sure is handsome-looking, throwing off a majestic gleam. But that’s not the same as possessing actual majesty. There’s barely a minute when The Great Wall doesn’t veer into the trying-too-hard zone, and to watch all that striving is simply exhausting.

Damon stars as William, a European mercenary doing something-or-other in or near China. Obviously, he’s been there a long time, from the looks of his rangy, Middle Earth-style facial hair. (Damon is almost recognizable at this point: It’s hard to believe there’s a star under all that fur.) One night, the camp he’s set up with his sidekick Tovar (Pedro Pascal) and a few other blokes is attacked by a vicious, unseen beastie, which William kills. As the creature runs off to die, it leaves behind its massive chopped-off claw, which William tucks in his bag, “so someone can tell me what I just killed.”

Before long, William and Tovar are captured by Chinese soldiers and brought back to Great Wall HQ for questioning. There, Strategist Wang (played by the wonderful Hong Kong actor Andy Lau, radiating a distinctive quality you could call impish dignity) explains that the gnarly hand they’ve been toting around belongs to one of the Tao Tei, crazy-violent beasts who, if left unchecked, will destroy all of China—and as it turns out, they’re headed, by the millions, for the wall just at that moment. Tovar and William are taken prisoner, but manage to break free just in time to kill a few of the fearsome reptilian thingies, who pour forth in a thick, steady stream. William also makes moo-moo eyes at the bold, comely Commander Lin (Tian Jing, soon to be seen in Kong: Skull Island). He doesn’t stand a chance with her, though his odds increase slightly once he’s sheared off that facial forest.

The action scenes in The Great Wall—most of them involving brave soldiers, and William, going against those Tao Tei hordes in one way or another—are ambitious and massive. Technically, I guess you’d call them well handled, but there’s little magic in them, save for a sequence involving a troupe of women warriors known as the Crane Corps, lithe, caped Busby Berkeley-style acrobats sporting molded blue falcon-head helmets. Secured by cables, they swoop down from a formation of prongs atop the wall and stab at the green gilled reptilian thingies until they’re dead, dead, dead. It’s dangerous work, and some of the Crane Corps end up eaten, eaten, eaten. But this is one place where director Zhang gets to show off his gift for mingling color, pageantry and action.

This is Zhang’s first feature since the 2014 Coming Home, an unapologetic and moving melodrama, set in the aftermath of the Cultural Revolution, that went virtually unseen by American audiences. (He’s much more famous Stateside for movies like Hero and House of Flying Daggers.) The Great Wall is a carefully calibrated machine, a Chinese-U.S. coproduction: The idea was to match a renowned Chinese director with a Hollywood star and make a fantasy spectacle that would wow the world—or at least make a lot of money on multiple continents. There have been a few bumps on that hopeful road to riches. The release of the film’s trailer, last summer, prompted charges of whitewashing: Before anyone really knew what the movie was about, casual observers figured this was another white-man-saves-the-world retread.

The Great Wall pretty much is a white man saves the world retread, though it’s not as if the role had been conceived for an Asian actor only to be thrown to a white one. And as white male stars go, Damon, an eminently likable presence, isn’t a bad one. But the controversy that sprang up around the picture is illustrative. In a world where hot new information about upcoming Hollywood projects flows into our craniums daily, we think we know exactly what movies are going to be months, sometimes years, before we even get to see them. It takes almost nothing to get the outrage machine going. So many movies seem like old news long before we even get to experience them. The big problem with The Great Wall isn’t that it stars a white guy. It’s simply that a production this ambitious—featuring a charismatic star and a host of appealing and in some cases dazzling Chinese actors—should just be better, something more than a Lord of the Rings wanna-be. If we had any outrage left, maybe we’d feel angry about that. As it is, the picture is worth little more than a shrug. 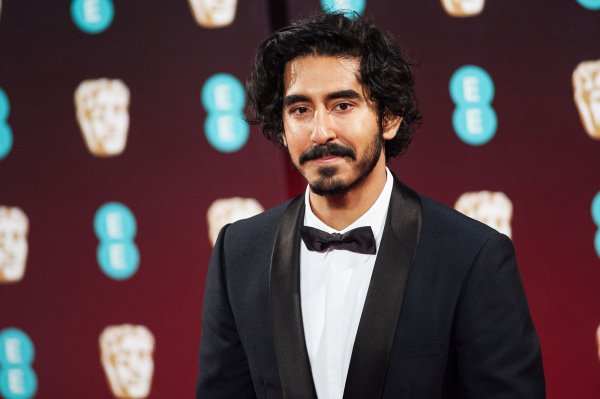 Dev Patel on Lion, the Oscars and His Meatiest Role Since Slumdog Millionaire
Next Up: Editor's Pick