Review: XX, a Creepy Quartet of Horror Films by Women, Might Rob You of Sleep

Melanie Lynskey in "The Birthday Party" in XX.
Magnet Releasing
By Stephanie Zacharek

Horror movies made by women are nothing new, but the genre seems particularly hospitable to young woman filmmakers today, a way of sneaking into the filmmaking business through a side door. Jennifer Kent’s The Babadook and Ana Lily Amirpour’s A Girl Walks Home Alone at Night, both from 2014, became surprise underground hits. Those movies were also proof that women had something fresh to bring to the genre, ideas that go beyond adolescent boys’ obsession with zombies or maniacs who chain women up in their basements. Motherhood anxiety (Am I a good enough mom? Is my child secretly plotting against me?) is a great horror springboard. Even just mining a particularly intense strain of loneliness, as Amirpour did, can result in a picture that’s both funny and meaningful as well as eerily hypnotic.

The anthology XX, comprising four short films directed by women, isn’t just a mini-showcase of smart, thoughtful contemporary horror. It’s also an ingeniously practical solution to the age-old problem of getting people to actually watch your short film. Making a short is the tried and true way of breaking into the film business, as well as a way for veteran filmmakers to fill in gaps between projects. But getting a broad, general audience to watch a short is almost impossible. Grouping shorts together is a natural way to focus viewers’ attention, and XX could serve as a model structure for getting short films, of any genre, out into the greater world.

Like any anthology, XX is something of a mixed bag, but each of these creepy little bonbons has its own distinctive vibe. In the shortest, Roxanne Benjamin’s Don’t Fall, four hikers on a wilderness trek come across a spooky primitive drawing on a rock that can spell nothing but doom. Benjamin builds a creepy-funny sense of dread in a short span of time—this twitchy little film is a solid example of filmmaking economy. The Birthday Party, directed by Annie Clark (also known as St. Vincent), features Melanie Lynskey as an overanxious mom who wakes up to a nasy surprise on the day she’s supposed to be hosting a big party. (Sheila Vand, of A Girl Walks Home Alone at Night, appears as a housekeeper who, with her molded black coif and sinister nonsmile, is a little Gale Sondergaard, a little Giallo.) The picture has a wry, comic charge, and Lynskey, terrific as always, brings a grace note of pathos to the wicked proceedings.

Two of the films in XX classify as outright mommy horror, playing deftly on the subterranean fears that often come with motherhood (though you don’t need to be a mom to be creeped out). In the tense, ominous Her Only Living Son, Karyn Kusuma (Girlfight, Jennifer’s Body) outlines what might happen in a Rosemary’s Baby situation 18 years later: Christina Kirk plays a mother forced to face the reality that her surly teenage son (Kyle Allen) is no longer the sweet, placid baby she used to cradle in her arms.

But the most unnerving of all these shorts is The Box, by Canadian filmmaker Jovanka Vuckovic. A suburban mom has just spent a pleasant pre-Christmas day in the city with her two children. On the train home, her son (Peter DaCunha) notices a man sitting nearby, holding a metallic-foil box in his lap. What’s in the box, the kid wants to know? He finds out, but we don’t. Vuckovic digs deep into the murkiest motherhood fears, among them the worry that in the midst of working so hard to keep everything nice and everyone safe, there are always going to be uncontrollable forces at work. The Box is that rare short film that feels as satisfying and wholly thought out as a full-length one. Its aura of restless dread sticks with you, like the nearly imperceptible yet maddening hum of a power line. Watch it right before bed, but only if you dare. 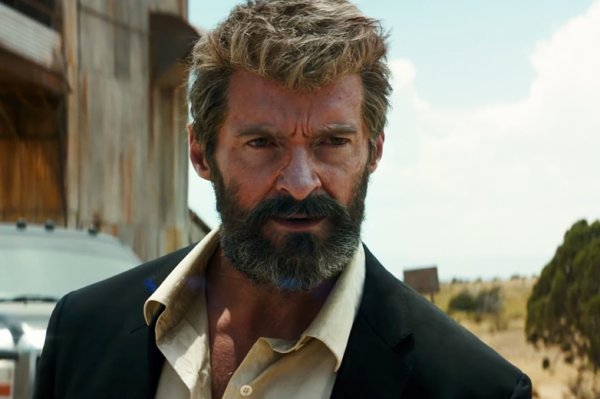