President Donald Trump in the Roosevelt Room of the White House in Washington on Feb. 14, 2017.
Evan Vucci—AP
By Zeke J Miller

Breaking with decades of U.S. foreign policy, the Trump administration will not insist on a two-state solution for the Israeli-Palestinian conflict when President Donald Trump hosts Israeli Prime Minister Benjamin Netanyahu on Wednesday.

Senior White House officials signaled the shift in a briefing to reporters late Tuesday in advance of the summit — the two leaders’ first in-person meeting since Trump took office.

“Maybe, maybe not,” one official said of the two-state solution. “It’s something the two sides have to agree to. It’s not for us to impose that vision. But I think we’ll find out more about that tomorrow.”

The official emphasized that Trump seeks to bring peace to the turbulent region, even as he has promised a far closer relationship with Netanyahu and Israel under his presidency. Netanyahu and former President Barack Obama repeatedly clashed, and in one of his final acts in office, Obama declined to veto a UN Security Council resolution condemning Israel’s expansion of settlements in West Bank areas claimed by Palestinians as part of a future state.

The two-state solution has been a central aim of American foreign policy in the region for decades, and was embraced by both the Israeli government and the Palestinian Authority. But in recent years it has appeared to be an ever-fleeting dream, amid demographic changes, settlement expansion, security concerns, and eroding trust between the two parties.

The official said that the prospect of a future meeting between the Israeli government and Palestinian Authority leaders would be on the agenda for Trump’s meeting with Netanyahu. “He’s hopeful to bring the two sides together to discuss peace,” the official said of Trump, adding the issue of Middle East peace is a “very high priority” for the new administration.

Trump and Netanyahu will host a joint press conference in the East Room of the White House Wednesday, before holding a bilateral meeting and a working lunch. The official said the administration hopes the visit will “usher in a new relationship between Israel and the United States — something that Israel has not seen in well over eight years, a relationship that will show there is no daylight, that we are fully cognizant of the situation that Israel finds itself in.”

The official said that under the Trump administration, “The posture that the U.S. takes at the UN under this administration would be to veto anything that is biased against Israel.”

The official added that the settlement issue will be also be on the agenda for the meeting. Earlier this month, White House Press Secretary Sean Spicer said in a statement that the White House did not believe the construction of new settlements or the expansion of existing settlements beyond their current borders would be “helpful” in achieving a lasting peace accord. The statement followed a day after the Israeli government approved an entirely new settlement construction in the West Bank.

Iran, its status as a state sponsor of terror, and its nuclear program, would be a crucial part of the discussion, the official said. Netanyahu was outspoken in his opposition to the Iran nuclear agreement under the Obama administration, though Trump has pledged to rigorously enforce the agreement, rather than abrogate it. Officials maintain that the agreement has rolled-back the “breakout” time for Iran to build a functioning nuclear weapon from a matter of months to a year.

Also on tap for the meeting will be a discussion of moving the U.S. Embassy in Israel from Tel Aviv to Jerusalem — long a goal for Netanyahu and many pro-Israel Americans. While Trump repeatedly pledged support for the move as a candidate and during the presidential transition — and even considered ordering it moved immediately after he took office on Jan. 20 — the White House put the brakes on the effort after Trump was briefed by his aides and amid pressure from Arab allies in the region.

“We are at the early stages of this decision-making process,” Spicer told reporters on Jan 23. When pressed if he could commit that at the end of Trump’s first term that the embassy would be moved, Spicer replied, “If it was already a decision, we wouldn’t be going through a process.”

Trump follows both Presidents Bill Clinton and George W. Bush in publicly expressing support for the embassy move during the campaign, before delaying it at the behest of national-security leaders and Middle East experts as detrimental to the peace process.

During his confirmation hearing in January, Secretary of Defense James Mattis told Senators he believes Tel Aviv is the capital of Israel and deferred to the Secretary of State on whether it should be moved. “The capital of Israel that I go to, sir, is Tel Aviv, sir, because that’s where all their government people are,” he testified. The issue did not come up during the confirmation hearings for Trump’s nominee to head the State Department, Rex Tillerson.

Trump faces a June 1 deadline to weigh in formally on the subject when the final six-month Obama waiver of the Jerusalem Embassy Act expires. 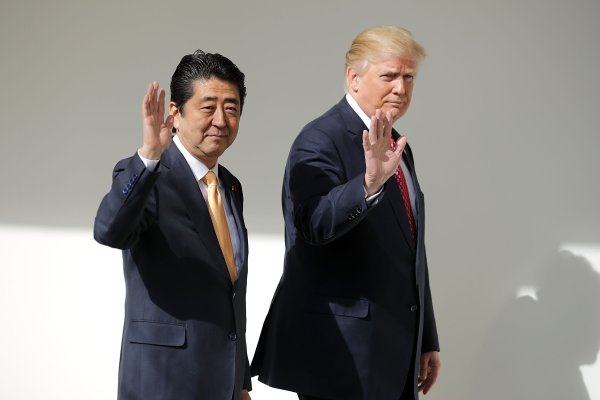