More than a decade ago, Ron Stork, a flood management expert and policy adviser for a California environmental group, tried to get state and federal officials to pay attention to potentially catastrophic problems at the Oroville Dam, the tallest in North America. Stork’s concerns centered around an earthen spillway designed to divert water from Lake Oroville toward a nearby river if the dam’s primary concrete spillway became inundated. Stork and others argued that if officials ever used the unpaved spillway, it could erode enough to compromise a 1,700-foot-long portion of the dam protecting Oroville and other towns downstream, possibly flooding them with billions of gallons of water.

“It is eerily prophetic,” Stork says today about the 2005 motion he authored and filed with the Federal Energy Regulatory Commission. “But the pushback was, We’ll never use that spillway. Don’t worry. Everything’s OK up there.”

This weekend, officials used that earthen hillside for the first time after significant rainfall pushed Lake Oroville to record levels and led to a massive hole opening up in the primary concrete spillway nearby. Officials ordered more than 100,000 people to evacuate over concerns that the dam itself could give way but rescinded that order on Tuesday. Meanwhile, the state is working to shore up the earthen spillway with rocks and sandbags in preparation for more rainfall this week.

The Oroville Dam, which has already led to $100 million in damage, may wind up being Exhibit A for those pushing for a nationwide infrastructure bill, something President Donald Trump has promised. Experts, meanwhile, point to the dam as an example of existing public works projects that lack proper maintenance and funding and only get attention when people’s lives are in danger.

“The Oroville Dam catastrophe is due to the fact that we in the United States have taken our eyes off of infrastructure,” says Scott Myers-Lipton, a San Jose State University sociology professor and author of Rebuild America: Solving the Economic Crisis Through Civic Works.

In 2012, the American Society of Civil Engineers gave California a D for the condition of its levees, dams and flood-control systems, estimating at least $28 billion in needed funding over 10 years just for maintenance and replacements. That grade is the same one the ASCE gave to dams nationwide. According to the group, the average age of the country’s 84,000 dams is 52 years old, almost 14,000 of which were considered “high-hazard” in 2012 while more than 4,000 were deemed “deficient.”

The Oroville Dam was officially completed in 1968 to hold back Lake Oroville, the state’s second-largest manmade lake, while generating hydroelectricity for nearby areas and providing water for the Northern California. When the dam was up for re-licensing in 2005, three California environmental groups — the Sierra Club, the South Yuba Citizens League, and the Friends of the River, where Stork is a senior policy adviser — filed a motion with the FERC citing its concerns about the dam’s emergency spillway after noticing that officials didn’t want to use the spillway following heavy flooding in 1997.

The state’s Department of Water Resources ultimately argued that the repairs were unnecessary, and federal officials agreed. Lester Snow, an official with the state’s DWR during the dam’s re-licensing process, told The Mercury News he didn’t remember details surrounding that process while saying: “The dam and the outlet structures have always done well in tests in inspections.”

The Trump administration has signaled that infrastructure is one of its top priorities and reiterated that again on Tuesday.

“The situation is a textbook example of why we need to pursue a major infrastructure package in Congress,” said White House Press Secretary Sean Spicer on Tuesday. “Dams, bridges, roads and all ports around the country have fallen into disrepair. In order to prevent the next disaster, we will pursue the president’s vision for overhaul of our nation’s crumbling infrastructure.”

Last month, the White House released a list of 50 potential projects that could be part of a nationwide infrastructure bill totaling $137 billion in investments including water, transit, highway and airport projects. Democrats, meanwhile, have proposed their own $1 trillion infrastructure bill. But the concern for some experts is that maintenance for existing infrastructure like the Oroville Dam may not get the attention they need.

“We continually have these ‘local’ disasters, which leads folks to talk about that we need to invest in infrastructure,” says Myers-Lipton. “And then little happens.” 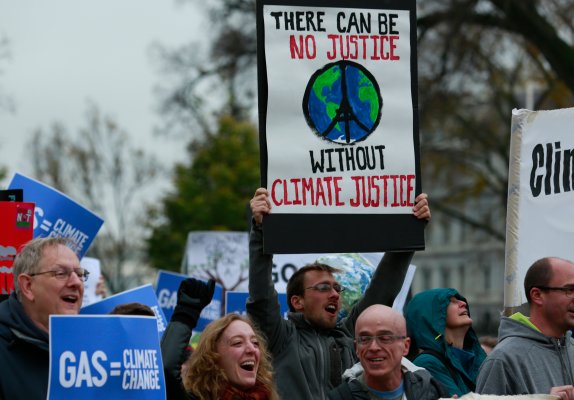