When Michael Flynn resigned as President Trump’s national security adviser on Monday night, he set a record for shortest period of time spent in the role.

His 24-day tenure as Trump’s top national security aide is far shorter than that of any of his predecessors. On average, national security advisers have served for 2.6 years, the Washington Post reported. Since the position was created in 1953 by President Dwight Eisenhower, 25 people have held the role, according to the Post. Prior to Flynn’s resignation, William H. Jackson held the record, serving for just four months in Eisenhower’s administration, the Post said.

Flynn resigned Monday, admitting that he misled Vice President Mike Pence about his conversations during the transition with the Russian ambassador to the U.S. Flynn initially told Pence that he had not discussed sanctions on Russia during the calls, but it now appears he did. 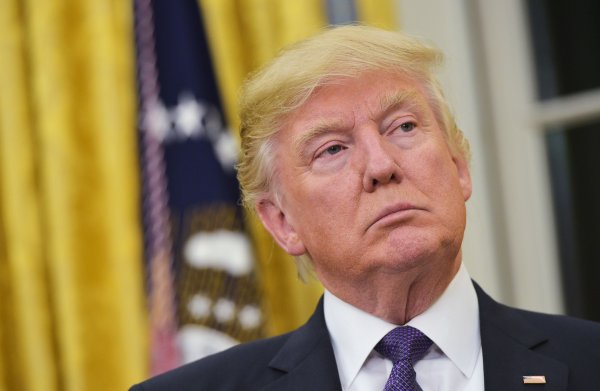 President Trump Is Angry About Leaks That Led to Flynn Resignation
Next Up: Editor's Pick