Here's Everything In 'The Legend of Zelda: Breath of the Wild' Expansion Pass

It’s dangerous to go alone, and if Nintendo has its druthers, you’ll invoke something along the lines of that logic as you pore over the particulars of The Legend of Zelda: Breath of the Wild‘s just-unveiled $20 expansion pass.

Nintendo says the pass—the first ever for a mainline Zelda game and available from March 3—will fund two sets of downloadable content for the company’s upcoming $60 action-adventure when it arrives on March in tandem with Nintendo’s imminent $299 Nintendo Switch home/mobile console (also due March 3) as well as for the company’s extant Wii U.

Buy the pass and Nintendo says you’ll instantly get three new treasure chests (located in the game’s Great Plateau area, the focus of all the prerelease footage and demos). One of these harbors an in-game wearable shirt emblazoned with the Switch logo, while the other two “will deliver useful items.”

The first pack is due this summer and includes a new “hard” difficulty mode, a Cave of Trials challenge (presumably like Twilight Princess‘ Cave of Ordeals, or The Wind Waker‘s Savage Labyrinth) and, mysteriously, “a new feature for the in-game map.”

The second pack will arrive during the holidays, and sounds more like a narrative expansion, with a new dungeon and “new original story.” Nintendo notes that pass content is identical across both Switch and Wii U versions, and that the packs won’t be sold individually. 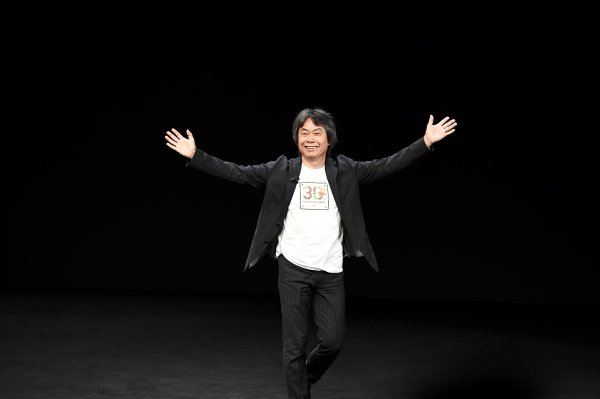 10 Things Nintendo's Shigeru Miyamoto Told Us About Switch and More
Next Up: Editor's Pick