She shared a tweet by Philippe Reines, a former Clinton aide who played Trump during debate prep. “What goes around COMETS around,” Reines said, referencing a false conspiracy theory that Comet Ping Pong, a Washington D.C. pizzeria, was harboring a child sex abuse ring run by Clinton.

Flynn’s son, Michael Flynn Jr., spread the Comet Ping Pong conspiracy on social media and was fired from Trump’s team. When Flynn Sr. resigned on Monday, Reines suggested he look into a job at Domino’s — “given your pizza obsession.”

“Philippe’s got his own way of saying things, but he has a point about the real consequences of fake news…” Clinton said. 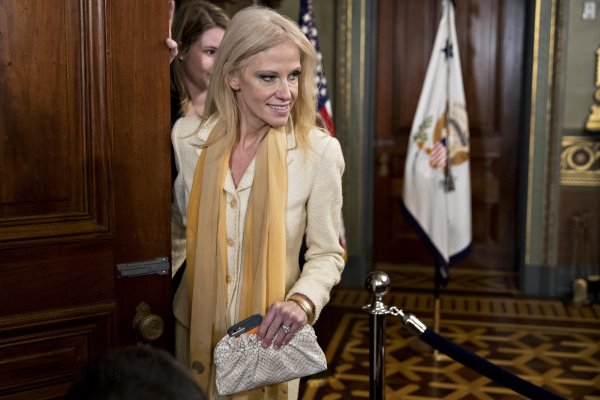 Kellyanne Conway: Michael Flynn Was 'Unsustainable' After He Misled VP Pence
Next Up: Editor's Pick