Bella Hadid Gets Candid About Her Breakup With The Weeknd

Bella Hadid, a Victoria’s Secret model and member of the ultimate fashion squad, has been soaking up the spotlight finally out of the shadow of her older sister Gigi. But in a recent interview, she admitted that even supermodels go through heartache, which is what she’s been doing in the aftermath of her breakup with The Weeknd.

“It was my first breakup,” Hadid told Teen Vogue. “And so public. As an outsider, you might think I handled it so well, but it’s always in your heart, and you always feel it very heavily. It’ll be hard for a while. Love hurts, but you have to pull through.”

She said that although they’re moving on (he’s already been spotted cozying up to Selena Gomez), she’ll always have a place for him in her heart. “I’ll always respect him, and I’ll always love him. Sometimes you want to be sad about it or handle it differently, but at the end of the day, you never want to burn a bridge that you’ve fought so hard to build.” 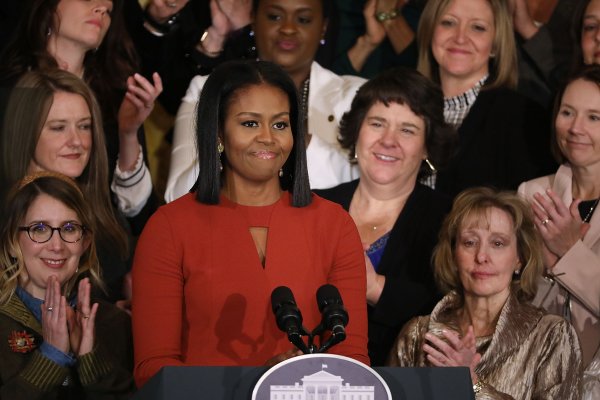 The Obamas' Law Professor Says Michelle Should Have Been President
Next Up: Editor's Pick