Americans Are Still Stressed About the Election

Details of the new administration are prolific on news and social media, and Americans say it’s stressing them out.

A new report released Wednesday by the American Psychological Association (APA) reveals that 57% of Americans say the current political climate is a “very” or “somewhat” significant source of their stress, and close to half of Americans say the outcome of the election causes them stress.

In the report, which is part of the APA’s annual Stress in America study, 1,019 American adults were surveyed—including registered Republicans and Democrats—between January 5-19. 72% of Democrats said that the results of the election were a significant source of stress, while 26% of Republicans said the same. But overall, two-thirds of people said they were stressed about the future of the country, including nearly 60% of Republicans and 76% of Democrats.

“There is a level of stress about what’s happening in our nation that seems to transcend the political parties,” says Lynn Bufka, associate executive director of practice research and policy at the APA.

Before the election, the APA conducted a similar survey of Americans and found that 52% of people said the 2016 election is a very or somewhat significant source of stress, including 55% of registered Democrats and 59% of registered Republicans. The latest survey suggests that stress over politics hasn’t abated.

“People are reporting that they feel tense all the time,” says Kathleen Gildea, a licensed psychotherapist in Atlanta, Georgia, who is not involved in the APA report. “A lot of people tell me, ‘I’m afraid of what’s coming next.’” Gildea says that in some cases, she’s noticed that political stress has overshadowed the original reasons her clients started coming to her.

The APA says it’s concerned about what sustained stress levels among Americans could mean for public health. In the APA’s survey, the percentage of people reporting at least one health symptom due to their stress rose from 71% in August to 80% in January. Reported symptoms included things like headaches, feeling nervous or anxious, feeling overwhelmed or feeling depressed or sad.

To deal with stress, Bufka recommends limiting the amount of time spent consuming the news and social media, and developing ways to cope with stressors. “Healthy habits that maintain our body and soul are important,” she says. “Sleeping well, trying to exercise regularly, eat healthily, maintaining important emotional and social relationships, are all things that make a big difference in terms of how we handle stress.” 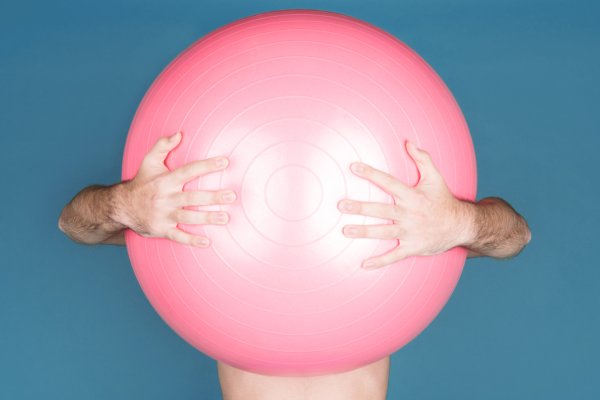 You Need To Deal With Your Work Stress. Here's How
Next Up: Editor's Pick