50 Years Ago This Week: Inside the CIA

In the cloak-and-dagger world of Cold War intelligence, many Americans seemed grateful to know that their nation’s intelligence services were working hard behind the scenes, but didn’t expect to know much about what exactly was going on. The work got done, occasionally it made headlines after the fact, and the rest was a secret. The mood changed, however, in early 1967, thanks in large part—per TIME’s reporting in a cover story about the Central Intelligence Agency and its director, Dick Helms—to the revelation that the agency had secretly funded a major national student group as a counterbalance to the many well-funded Soviet youth groups that had sprung up on the other side of the Iron Curtain.

TIME’s writer’s take was clearly that the dust-up was overblown: despite the fact that the group was largely funded by the CIA, unbeknownst to participants, “the agency made no attempt to influence the students’ policies,” the article argued. In fact, the larger point exposed by popular interest in how the CIA used its money was that student organizations were far from the only supposedly independent groups benefiting from intelligence dollars for one reason or another. And that was only a tiny percentage of what the CIA did, most of which had “more in common with IBM’s 360 than with Ian Fleming’s 007.”

The intelligence community, the unbylined story asserted, could only serve — not manipulate — the U.S. government. Any worry to the contrary was simply a matter of confusion, which could be traced to the fact that the CIA was still a relatively new innovation, only in existence for two decades at that point. So what did the CIA actually do?

A scant fraction of the agency’s 15,000-odd employees actually go out into the cold. At Langley’s elaborate seventh-floor operations center, a bank of high-speed (100 words per minute) printers receive top-secret traffic from the National Security Agency, diplomatic reports from embassies overseas, information from the Pentagon’s Defense Intelligence Agency, as well as data from CIA men around the world. In Helms’s office, there are “secure” red, grey, blue or white direct-line phones with scramblers attached—on which the President often calls.

The operations room is hooked into the White House Situation Room, the Pentagon’s military command post, and the State Department through a near-miraculous phalanx of teletype machines. One data page per minute can be fed in, encoded, flashed to one of the centers, then decoded the instant it arrives. Down the hall from the operations center is a room papered with huge maps. On one set, the war in Viet Nam is plotted with up-to-the-hour reports of combat action and other trouble spots. Another chart may track the course of a Soviet ship bound from Odessa to Cuba—along with U.S. surveillance forces in the area.

One major purpose of all the influx and indexing is the daily compilation of a slim white 8-in. by 101⁄2-in. document that is delivered to the White House in a black CIA car every evening between 6 and 7 o’clock. It bears CIA’s emblem stamped in blue, is entitled “The President’s Daily Brief,” usually runs between three and six pages of single-spaced type, and covers the key intelligence “get” of the day. At times, it may have included such fascinating data as the results of a urinalysis pinched from a Vienna hospital while a major world leader was a patient, or the latest bedroom exploits of Indonesia’s Sukarno or U-2 photographs taken over China.

(Another interesting factoid about American intelligence in the 1960s: throughout this article — no pun intended — the Central Intelligence Agency is referred to as “CIA” rather than “the CIA.”)

Photographic evidence: In light of new questions about just who was present in 1963 when President Lyndon Johnson took the oath of office following the assassination of John F. Kennedy, TIME published a two-page spread showing every image taken by official White House photographer Cecil Stoughton during that traumatic time.

The Rosenberg Saga: More than a decade after Ethel and Julius Rosenberg were executed as Soviet spies, the question of whether they were really guilty was still working its way through the courts, as a district court ruled that the latest appeal of co-conspirator Morton Sobell should be rejected. Though those following the Rosenberg case in 1967 might be unlikely to guess this outcome, the case is still not fully resolved: exoneration for Ethel remains a quest for their sons.

“Psychedelicatessen”: In a move that might ring familiar to those getting into today’s expanding legal-marijuana business, the 1960s psychedelic wave came with its own business side, TIME reported under the slug “FADS.” A common move for LSD entrepreneurs was to sell items for contemplation during acid trips, from posters, bells, incense and kites to weirder items like a “polished cow’s tooth” and “diffraction disks” that could be worn on the forehead.

Onion-tended Consequences: Buried at the bottom of the letters section is a note concerning a cover story about Julia Child that had run back in November, and it underscores the importance of accuracy in reporting. It had been reported in the story that a certain Shallots of the Month Club charged $9 a month for three quarters of a pound of shallots; in fact, $9 was the price for a yearly membership. “The high price you erroneously quoted has discouraged potential customers,” wrote the club’s representative. “And because the error was copied by a French paper, it has become impossible for us to get shallots from France: their price demands became atrocious, so we finally had to buy shallots from Holland and Belgium.”

Great(?) vintage ad: I spent about 6 minutes on this puzzle of an ad and told myself I wouldn’t cheat by looking at the text and now I am very angry at the American Can Company.

Coming up next week: Hugh Hefner 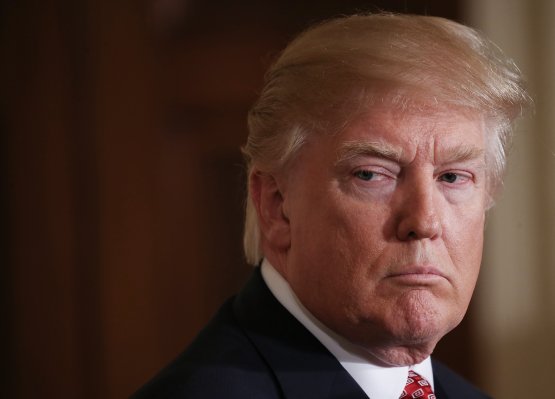 Don't Dismiss President Trump's Attacks on the Media as Mere Stupidity
Next Up: Editor's Pick