Jennifer Lopez Isn't Over Her Infamous Versace Grammys Dress Either

Jennifer Lopez has had a long, illustrious music career, beginning back in 1999 with her first hit song, the instant classic “If You Had My Love.” And ever since then she’s been a non-stop, one-woman hit making machine. But even this deep into her smash-hit, record-breaking pop legacy, Lopez still remembers what it felt like to be a newbie in showbiz, something she reminisced over at Sunday night’s Grammy Awards – particularly when it comes to a certain infamous dress of hers that has become burned into the pop culture memory.

Prior to presenting the award for best new artist to Chance the Rapper, the pop star kicked off music’s biggest night with a bit of nostalgia over once being a new artist herself, saying, “I will never forget my first Grammy nomination or the dress I wore that night … But this night is not about dresses or even awards.” Of course, Lopez is referring to the gown that instantaneously made her a household name, that green Versace look with a neckline so plunging it was open to her waist, and a bottom that was little more than briefs under a sheer sarong.

This year, after almost 20 years of walking the award ceremony red carpet, the “Ain’t Your Mama” singer went for something a little more demure – at least compared to that torso-baring look of yesteryear. For the 2017 ceremony, Lopez chose a simple pastel lilac dress with a thigh-high slit, a cleavage-exposing cutout, a slight train, and an unexpected ruffle detail at the neckline and throughout the skirt. So while it may not be a barely-there Versace bodysuit and cover-up, this year’s Grammy look certainly is no slouch in the body-baring department either. 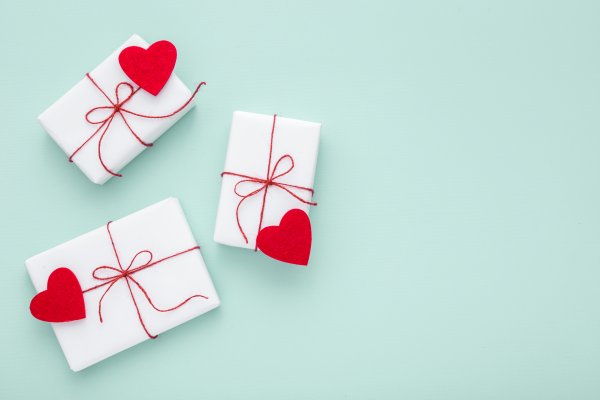 This Is What Motto Editors Want for Valentine's Day
Next Up: Editor's Pick