While introducing Lady Gaga at the 2017 Grammy Awards (and snubbing Metallica, but that’s another story), actress Laverne Cox mentioned 17-year-old Gavin Grimm, a transgender student who is taking the fight for trans rights to the Supreme Court.

“Everyone, please Google ‘Gavin Grimm.’ He’s going to the Supreme Court in March. Hashtag stand with Gavin,” the transgender actress and activist said.

This spring, the Supreme Court will hear the case of Grimm, who sued his Virginia school board after being blocked from using the boys’ bathroom two years ago. Last year, the Fourth Circuit Court of Appeals ruled in favor of Grimm, thanks in large part to a directive issued by the Obama Administration that said keeping trans kids from using the bathroom that aligns with their gender identity amounts to discrimination.

TIME’s Katy Steinmetz wrote an overview of the case in 2016:

On Sunday, the Washington Post contacted Grimm, who said he was “thrilled” that Cox had mentioned him during the broadcast.” She’s just a beautiful person inside and out,” Grimm said. “I was really touched and thrilled and honored that that was the first thing out of her mouth.”

The Post notes that Grimm used to be shy, but is now the “unlikely standard-bearer for transgender student rights.” The Trump administration could take a different stance on the issue of transgender rights. On Friday, the Department of Justice filed a 5th Circuit Court brief to withdraw objections over a ruling on trans-students’ bathroom rights, the Washington Post reported. 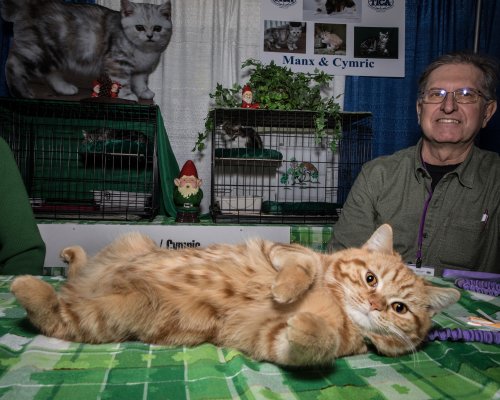 Westminster Dog Show Welcomes Cats for the First Time
Next Up: Editor's Pick