“Are you on a date that isn’t working out? Do you feel like you’re not in a safe situation? Is your Tinder or Plenty of Fish date not who they said they were on their profile? Does it all feel a bit weird?”

That’s the sign on the bathroom wall in Suburban, a bar in Wimbledon, southwest London. The cocktail joint is one of the most recent venues in the U.K. to have joined the Ask for Angela campaign, a concept that started as a small local initiative in the eastern England county of Lincolnshire, but is rapidly spreading around the globe.

Ask for Angela is there to help vulnerable people, primarily women, in public places. Anyone who feels uncomfortable – from someone on a difficult blind date, to a person whose partner is behaving in a threatening manner – is advised to ask for Angela at the bar. Trained staff will then discreetly help them out the venue, often into a taxi, before escorting the perpetuator out the door once they are in a safe place.

As the rest of the sign explains: “If you go to the bar and ask for ‘Angela’ the bar staff will know you need help getting out of your situation and will call you a taxi or help you out discreetly – without too much fuss.”

Conservative estimates suggest that at least 25% of women in the U.S. have been sexually assaulted and at least 50% of all violent crimes, including sexual assault, involve alcohol consumption by the perpetrator, the victim or both. Researchers have consistently found that approximately 50% of all sexual assaults are committed by men who have been drinking. Figures like these are not dissimilar in the U.K.

It is therefore no surprise that pubs, bars and clubs are frequently the site of sexual assaults. That’s why Hayley Child, sexual violence and abuse strategy coordinator for Lincolnshire County Council, came up with Ask for Angela when thinking how to work with the nightlife industry to prevent sexual abuse in the county.

“If you look at police data, it tends to suggest that sexual violence happens in the early hours after Friday and Saturday night, and alcohol is very often involved,” Child told TIME. “Because of that, I wanted to work with bars and pubs, and find something that would be easy for them to implement.”

The idea of Ask for Angela was sparked when Child recalled going on blind dates when she was younger. “When I was single and would meet people off dating sites I would always bring a friend with me, who’d sit in the corner of the pub and read a newspaper and I would do the same for her,” she said. “This got me thinking – what about people who don’t have a friend willing to do that, or don’t want to bring a friend with them on a date? How can we keep those people safe?”

Although many believe that the name Angela symbolizes a guardian angel, that wasn’t Child’s intention when she christened the scheme. The campaign is in fact named after Angela Crompton, a friend of Child’s best friend, who died after being struck with a hammer by her husband of three months in 2012. She was a mother of three.

“Angela’s story really stayed with me, and when it came to thinking of a code word her name was perfect,” Child said. “In this way she is saving other women from violence.”

After Child came up with the concept, she pitched the ideas to various bar managers across the county of about 732,000 people. “They all said yes,” she said. “Many had seen dodgy dates going on in the past, and liked the idea of customers knowing that they could come to the bar and ask for help if they need it.”

Ask for Angela was rolled out across Lincolnshire, but it really took off globally when a woman tweeted an image of the poster last fall:

The post went viral, with just under 40,000 retweets at the time of writing (even Ashton Kutcher wrote that it was a “great idea” on social media). “The initial idea was that it was meant to be discreet, but that’s kind of gone out the window,” Child said. “However, the concept that you can go and ask for help at the bar is still there though, and it’s great because places around the world have started introducing similar initiatives.”

Due to the sensitive nature of the campaign, TIME was unable to find anyone who has taken advantage of the initiative, but it has begun to take off. Variations of Ask for Angela have now sprung up from Florida to Spain to South Africa, with most based around the concept of an Angel Shot: a fictional shot that you can order neat, with ice or with lime – each option corresponding with a different direction for the barman.

“Fortunately nobody has ever requested the shot or given us the call to action, which is obviously a good thing,” Roger Masson, the marketing manager of Hooters South Africa, one of the venues which has introduced Angel Shots, told TIME. “Hopefully none of our female guests will ever need to call on it, but if they do, our staff are trained to handle the situation with as little fuss as possible.”

Another venue, the Brickyard in St Albans, north of London, advised customers to ask for “Rachel or Jennifer” (a play on Friends) at the bar if they felt uncomfortable or endangered on the premises.

Ask for Angela, Angel Shots or other variations on the same theme are not perfect. A number of feminists and campaigners have argued that they place the onus on the victim to protect themselves rather than on the perpetrator to not act in a certain way.

“For people on dates who think ‘I want to get out of this,’ these schemes are a good way of letting them know that there’s help at hand,” Geri Burnikell, a co-ordinator for SupportLine, a U.K. based charity that provides support to victims of sexual assault, told TIME. “But the priority should be discouraging perpetrators from acting in the first place; there should be stronger sentences in place to deter them and everything should be geared towards telling them that committing sexual assault is unacceptable behavior.”

What these campaigns are, however, is a promising step in venues actively acknowledging the role their staff should be playing in promoting and upholding safety for men and women on their premises. They won’t prevent sexual assaults from taking place, but whether you are asking for Angela or you’re behind the bar playing the role of Angela, it’s important and reassuring to know that individuals are looking out for each other. In the Wimbledon bar where TIME spotted the sign, assistant manager Shelly Nash said she and her colleagues stood ready to help others in need. “It’s an amazing initiative that, especially as a woman, I can really appreciate the need for.” 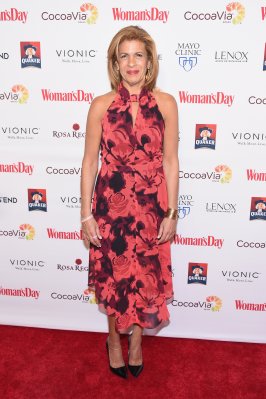