Syria's President Bashar al-Assad speaks during an interview with Yahoo News in this handout picture provided by SANA on Feb. 10, 2017.
Agencja Gazeta/Reuters
By Zamira Rahim

The Amnesty International report says that up to 13,000 prisoners were killed at the Saydnaya prison between 2011 and the end of 2015, Yahoo News reports.

“You can forge anything these days,” Assad responded when shown the report during an interview with Yahoo News in Damascus. “We are living in a fake news era.” He was also shown an FBI report concluding that photo of bodies at one of his prisons were genuine. Assad dismissed this as “propaganda”.

He added: “If the FBI says something, it’s not evidence for anyone.”

The Syrian President also said that life was returning to normal in parts of Syria, including Damascus, as the intensity of the 5-year civil war diminishes. Amnesty’s report said that between 20 – 50 people a week were executed in a “calculated campaign of extrajudicial execution.” 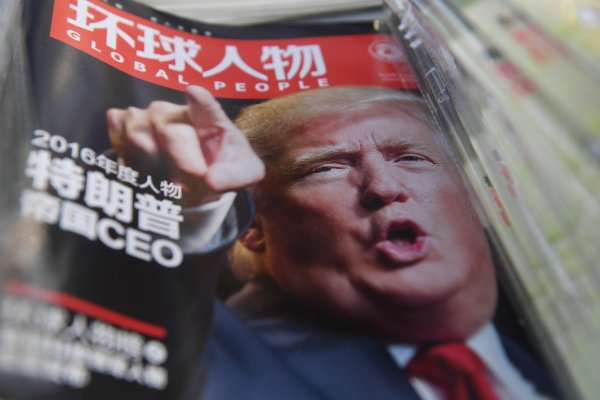 Despite Trump's 'One China' Pledge, Obstacles With Beijing Remain
Next Up: Editor's Pick